Home » 3 Words To Say When People Share Their Dreams 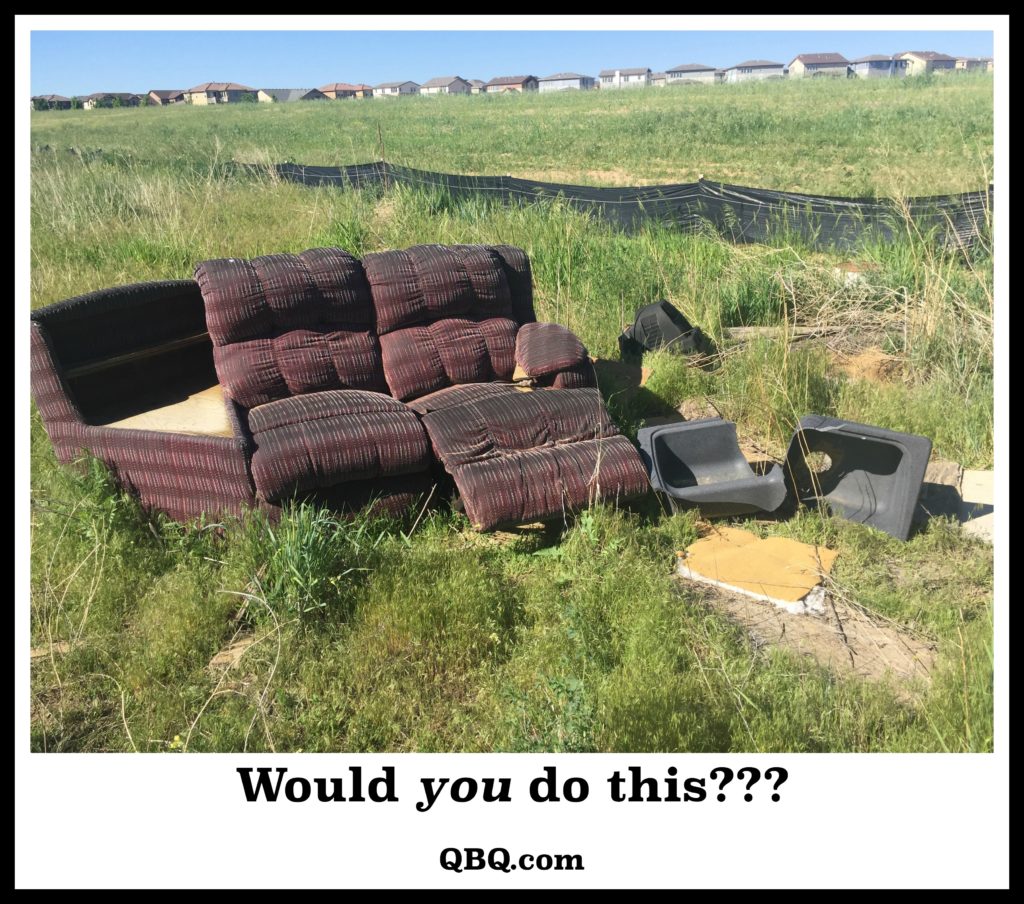 Would you dump everything, including the kitchen sink (look at the picture carefully), into the world? Probably not.

Yet, without knowing it, many of us do litter by dumping verbal garbage into the minds of co-workers, friends, and family.

In early 1986, after five years with Cargill Inc., I was recruited by a small, unknown training company to sell video-based management development programs to executives. When I announced I’d be leaving Cargill to office from my house, negative garbage was dumped into my mind:

Supervisor: “You’re messing with your life, taking this big risk.”

And then, shortly into my new sales career, a mortgage executive and prospective client told me, “You know, John, nobody lasts more than a year in your business.”

Nine years later, in 1995, after being the top salesperson for five years running and earning more money than I’d dreamed possible, I decided to move on from that small training firm to start QBQ, Inc. and “be a speaker.”

Investment broker: “John, no—you’d be a fool to kill the golden goose.”

Lots and lots of garbage.

Thankfully, during each of these big career/life changes, my wife, Karen, simply used these three words:

Why we dump garbage into people’s lives, littering their minds with negativity, I’ll never know. Possibly, we all just talk too much. Having an opinion does not require sharing that opinion.

Could it be arrogance? Need for control? A critical spirit? Or simply that classic, I know what’s best for others! thinking?

It might be envy. There are many who won’t and don’t take big risks, so they struggle when those around them do.

Whatever the reason, here’s a suggestion:

The next time someone shares a plan to change his or her life, reach for really big goals, and become something more—just say, “Go for it!”

Sure beats littering. Which, of course, is illegal anyway.

What person will you say, “Go for it!” to today?

When did you have verbal garbage dumped on you?

Who was that key person who said, “Go for it!” to you?

John G. Miller is the author of QBQ! The Question Behind the Question, Flipping the Switch: Unleash the Power of Personal Accountability, Outstanding! 47 Ways to Make Your Organization Exceptional and co-author of Raising Accountable Kids. He is the founder of QBQ, Inc., an organizational development firm dedicated to “Helping Organizations Make Personal Accountability a Core Value.” A 1980 graduate of Cornell University, John has been involved in the training and speaking industry since 1986. He lives in Denver, Colorado, with his wife, Karen. The Millers have 7 children and a really big bunch of grandkids! To reach John, email John@QBQ.com.
All Posts »
PrevPrevious5 Things You Should Know About Leaders
NextGreat Dads Are Great TeachersNext