Home » QBQ! Customer Service Defined: When They Wait On The Porch For You!

QBQ! Customer Service Defined: When They Wait On The Porch For You! 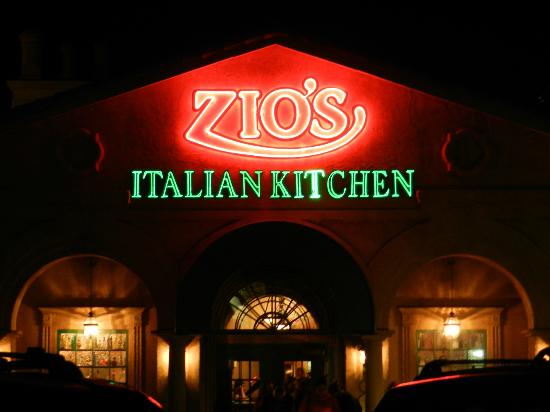 When I wrote the QBQ! book, little did I know people would view it as something other than a tool to bust blame, vanquish victim thinking, and purge procrastination from their organizations and lives. Some readers see it simply as Cathy sees it—a way to describe outstanding customer service. Enjoy her story!

I love the QBQ! book and subscribe to your emails, but have never been moved to write you before.

My son is at the Air Force Academy in Colorado Springs and I was there recently for “parents’ weekend.” On my last night before going home to Texas, he and I dined at Zio’s Italian Kitchen.

Not realizing they closed at 9pm, we arrived at 8pm. Ordering and eating quickly, we left at closing time. I then drove him back to the Academy where we chatted for a while and said our good-byes. Shortly after 10pm at my hotel I realized I was missing my cell phone. So I called Zio’s even though I was fairly certain nobody would be there.

To my surprise, an employee answered and said he’d been waiting for me to call or return … he had my phone!

I asked him to just leave it on the restaurant porch and I’d come get it right away, but he wouldn’t hear of it. He didn’t “feel comfortable with that.” He’d wait for me. I got into my car and drove back to Zio’s.

He could have gone home and not waited for me to call.

He could’ve left it on the porch and not worried about it.

He could’ve had me return the next day when they reopened at 11am.

But, he hadn’t made any of those choices. When I drove up he was standing outside with his manager—waiting for me at almost 11pm.

This may not seem like a big deal, but it was a very big deal. What he didn’t know was that I needed to drive 650 miles home to Texas the next day and planned to leave at 6am. If I’d waited until 11am to get my cell, I wouldn’t have gotten home until midnight.

I want you to know his name: Jed Dispoto. Jed, our server at Zio’s Italian Kitchen on Corporate Drive in Colorado Springs, CO, made a lasting impression on me!

Cathy, thank you for the story about Jed going the extra mile. It’s great to know that Outstanding! still happens!

Do you have a story of outstanding customer service? We’d love to hear it! Share below.

John G. Miller is the author of QBQ! The Question Behind the Question, Flipping the Switch: Unleash the Power of Personal Accountability, Outstanding! 47 Ways to Make Your Organization Exceptional and co-author of Raising Accountable Kids. He is the founder of QBQ, Inc., an organizational development firm dedicated to “Helping Organizations Make Personal Accountability a Core Value.” A 1980 graduate of Cornell University, John has been involved in the training and speaking industry since 1986. He lives in Denver, Colorado, with his wife, Karen. The Millers have 7 children and a really big bunch of grandkids! To reach John, email John@QBQ.com.
All Posts »
PrevPreviousPermission to Speak Candidly? Get Some Coaching!
NextOWNERSHIP: A Powerful Principle of SuccessNext