Home » Winning and Losing Customers Is … a Choice!

Winning and Losing Customers Is … a Choice! 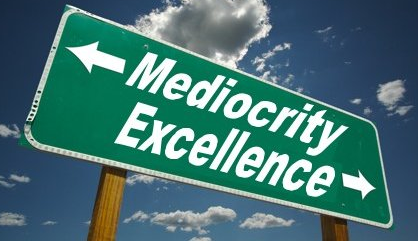 Would you agree that some organizations seem to purposely choose to lose customers? It’s as if they go out of their way to do so.

While other organizations (the excellent ones) choose to win/keep customers by simply following the advice of Maj. Frank Burns of M*A*S*H 1970s fame who said, “It’s nice to be nice to the nice.”

Let’s look at two customer service paths organizations—and people—can choose. These real stories come to us from real people who are real customers. Thanks to Eli and Kelly for their stories!

How To Lose A Customer

I purchased a camera from SJCAMHD.COM (a video camera seller), and they shipped it directly from China.

The camera I got was defective; it didn’t record audio. When I emailed them, they acknowledged that the batch my camera came from had defective audio components. They told me to send it back to them.

When I asked how to ship it, they told me to pay to ship it back.

What!?! Totally unacceptable, since they had admitted the camera was defective!

Then, I got an email telling me to pay them $10 dollars, which I thought was poor customer service, but reasonable and I would be willing to do that to get my camera replaced.

When I asked for more information, they explained that the $10 was for them to ship me back the replacement, but I still had to fork out $25 to send the defective one back to them.

So, on top of $159 I had already paid them for bad product, they expect me to pay $35 more for replacing their bad product.

What they didn’t know is I’ve bought other cameras from them and posted on Youtube great reviews for them. I also have an “SJCAM Fans” Facebook page with more than 650 followers. When I explained all this, the response was, “We have stick to policy.”

Well, what a bad policy it is to lose customers over shipping costs for your mistakes.

How To Win and Keep A Customer

When my daughter married, we needed to pay the venue bill in advance. I called the bank, reaching Lorie, to have them authorize the amount on my debit card. After giving her the information, she told me it could be a little while before we heard back. I asked her to rush it because I needed the money the next day.

When I returned to my office after lunch, Lori had left a voicemail telling me the dollar amount was approved. I immediately called back to thank this young lady for her prompt service. We talked briefly about the wedding and she wished our daughter and our family the best.

The story could’ve ended there and all would’ve been wonderful.

But then a note from the bank came in snail-mail. It was from Lori congratulating us on our daughter’s wedding. Her words were, “Enjoy the day and cherish the memories” and it was signed “Your Capital Bank Family.” Truly, this was an extra mile moment.

In one chapter of the Outstanding! book we write “Put People Before Policies”—clearly the camera company does not do that and paid the price. But Lori is an example of another chapter titled, “Never Forget Who Pays the Bills.”

The difference is stark—and simple: Treat the customer how you’d want to be treated. It’s not rocket science. Anyone can choose to do it. Which means any organization can be outstanding!

Is your organization outstanding? Comments welcome!

Grab your copy of Outstanding! (or one for each of your team members) right here!

John G. Miller is the author of QBQ! The Question Behind the Question, Flipping the Switch: Unleash the Power of Personal Accountability, Outstanding! 47 Ways to Make Your Organization Exceptional and co-author of Raising Accountable Kids. He is the founder of QBQ, Inc., an organizational development firm dedicated to “Helping Organizations Make Personal Accountability a Core Value.” A 1980 graduate of Cornell University, John has been involved in the training and speaking industry since 1986. He lives in Denver, Colorado, with his wife, Karen. The Millers have 7 children and 14 grandkids. To reach John, email John@QBQ.com.
All Posts »
PrevPreviousImmature vs. Mature Thinking: 3 Common Reactions To This List
NextRelationships: Success Is All About Me Changing MeNext