Home » The 3 Components of Personal Change

The 3 Components of Personal Change

I just can’t resist using these pictures I took near our Colorado home, because every single time I see this scene I wonder this:

Do I do anything over and over that fails to generate a positive result? 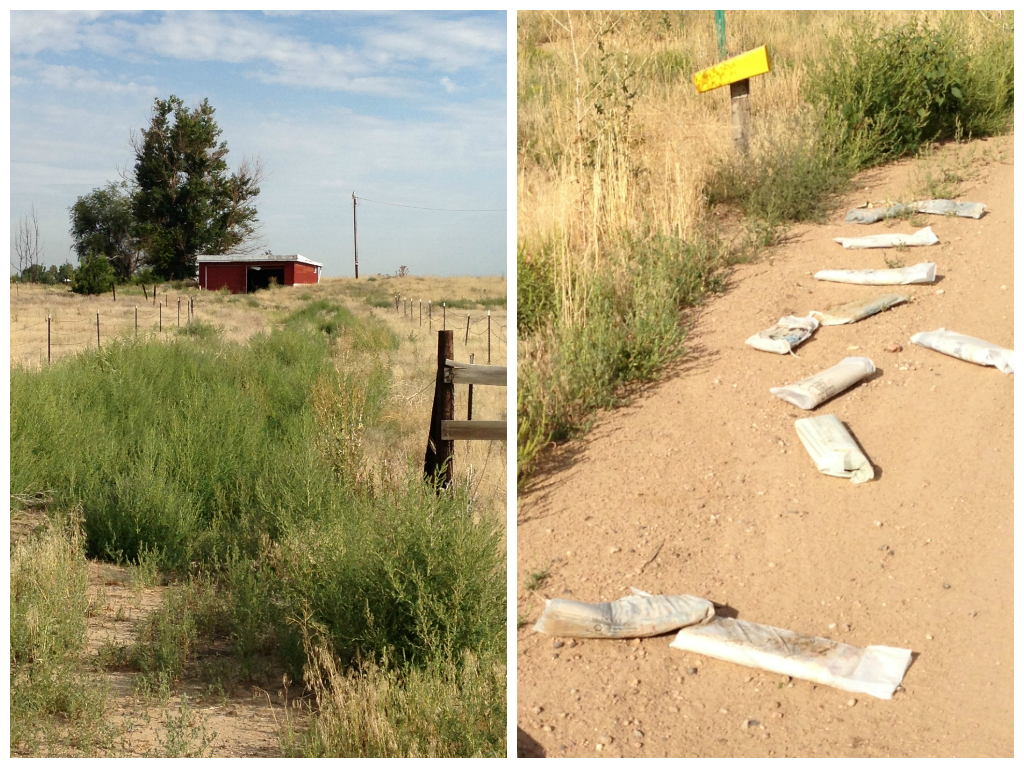 On the left we see a driveway overrun with weeds, and a small formerly attached garage in the background. I say “formerly” because the house it was attached to burned down three years ago.

On the right we see several issues of the weekend Denver Post, tossed there by a delivery person week after week even though the house at this address burned down three years ago!

Seriously? The route guy or gal hasn’t noticed that these papers aren’t getting picked up, much less read?!?

Would you agree that it’s unproductive to engage in repetitious actions expecting a new and better result?

If you or I engaged in a negative behavior over and over, it’d be called a “bad habit.” Good thing we don’t, eh?

Actually, at 55, I still do some things I know won’t bring me a positive result. But, I’m making progress on creating change in me.

I’m working on breaking a bad habit or two. How about you?

There are three components of personal change, and each is as critical as a leg on a three-legged milking stool. Here they are, along with the correct “self-talk” of each:

Awareness: I know I engage in this bad habit and I admit it isn’t working for me or those around me.

Accountability: I own everything I do and make no defense of or excuse for my bad habit.

Action: I realize trying and failing is better than never having tried at all. I will act now to eliminate my bad habit.

Here’s a bad habit I am working on. (We’ll be asking you to share shortly!)

I am AWARE that I am extremely “clock” oriented and almost always know what time it is. I have a strong sense of how long something—in my humble opinion—should take from start and finish. Karen, my wife since 1980, is more carefree about time and much more spontaneous than I am. For her, there’s always one more thing that can be squeezed in that, of course, “won’t take very long.”

So when she’s been out and about and returns later than the clock in my head said she would, I’ve had the bad habit of asking, “Where’ve you been?” and “What’ve you been doing?”

How do you think those questions go over?

Not well. And I am completely ACCOUNTABLE for asking them. No excuses! And I know they have never reaped positive results.

What ACTION do I need to take? By subordinating my “need to know” to Karen’s need for me to not need to know, I can and I will ZIP. MY. LIP. Said another way, I commit to stop throwing newspapers on the road even though nobody has picked one up in three years!

Awareness. Accountability. Action. Meld them together and what do you have?

And change is a good thing, at least in me. How about you?

John G. Miller is the author of QBQ! The Question Behind the Question, Flipping the Switch: Unleash the Power of Personal Accountability, Outstanding! 47 Ways to Make Your Organization Exceptional and co-author of Raising Accountable Kids. He is the founder of QBQ, Inc., an organizational development firm dedicated to “Helping Organizations Make Personal Accountability a Core Value.” A 1980 graduate of Cornell University, John has been involved in the training and speaking industry since 1986. He lives in Denver, Colorado, with his wife, Karen. The Millers have 7 children and a really big bunch of grandkids! To reach John, email John@QBQ.com.
All Posts »
PrevPreviousDo Not Train! Unless …
Next5 Lessons Learned When I Quit Making ExcusesNext