Home » Another’s Mind Is a Terrible Thing to Pollute

Another’s Mind Is a Terrible Thing to Pollute 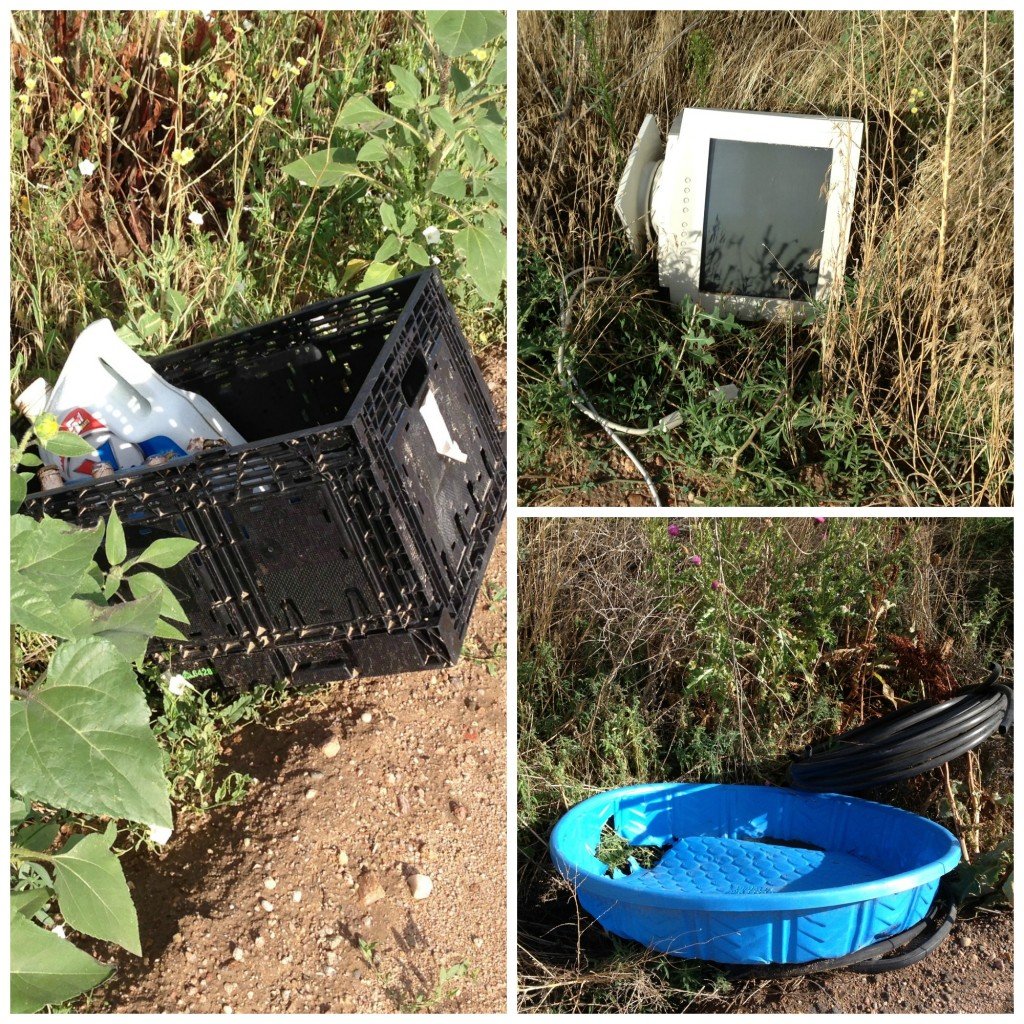 Disgusting! Why would anyone do such a terrible thing? How can they think it’s okay? Who are these bad people?

I bet that is your reaction to these images of garbage dumped along a winding dirt road a mile west of the Miller home in Colorado. Mine, too. And if we’re honest, our underlying thought is this:

I wouldn’t do such a thing!

In fact, 99.9% of us would never dump garbage like that. But, I am afraid that we do. We dump garbage … on people. Here’s how we might pollute the mind of another at work:

And beyond what we may say to “litter” the minds of our colleagues, just think what can happen at home. Consider what family gossip does to … the family!

“Did you hear what sis did this time?!”

Or maybe a spouse tells the other, “Our marriage would be so much better if you would change!”

And the awful things parents say to kids.

Several years ago, on his first day at Bethel University, Miller son, Michael, a junior transfer to the school, met Jacob, his new roommate, also a transfer student. When Mike said something like, “It’s going to be a good year!” Jacob’s dad piped up with, “Well, it will be if Jacob can keep his grades up this time.”

Ouch. That’s some serious garbage dumped into the mind of a twenty-year-old by one of the two most influential people in his life.

Forgive me for being a salesperson here, but when considering the statements parents make to a child that might pollute the offspring’s mind, we recommend Parenting the QBQ Way and specifically the chapters titled “QBQ Encouragement” and “Let Them Be Them.”

In the end, dumping garbage into the minds of others is not good, but something we all do at times. So here are some application questions enabling each of us to put today’s message into action:

1. What verbal “garbage” was once dumped on me that I’ve had to work to remove from my mind?

2. What have I said recently to another that polluted their mind?

3. What will I now do differently to ensure I don’t dump any more garbage into another’s life?

PS: If you want to read more on the whole concept of watching what we say to others, jump to Accountability: The Power of Our Words!

(If you are not a subscriber, you may do so here.)

John G. Miller is the author of QBQ! The Question Behind the Question, Flipping the Switch: Unleash the Power of Personal Accountability, Outstanding! 47 Ways to Make Your Organization Exceptional and co-author of Raising Accountable Kids. He is the founder of QBQ, Inc., an organizational development firm dedicated to “Helping Organizations Make Personal Accountability a Core Value.” A 1980 graduate of Cornell University, John has been involved in the training and speaking industry since 1986. He lives in Denver, Colorado, with his wife, Karen. The Millers have 7 children and 14 grandkids. To reach John, email John@QBQ.com.
All Posts »
PrevPrevious3 Excuses Accountable People Never Make
NextIt’s the Cool Managers Who Appreciate PeopleNext