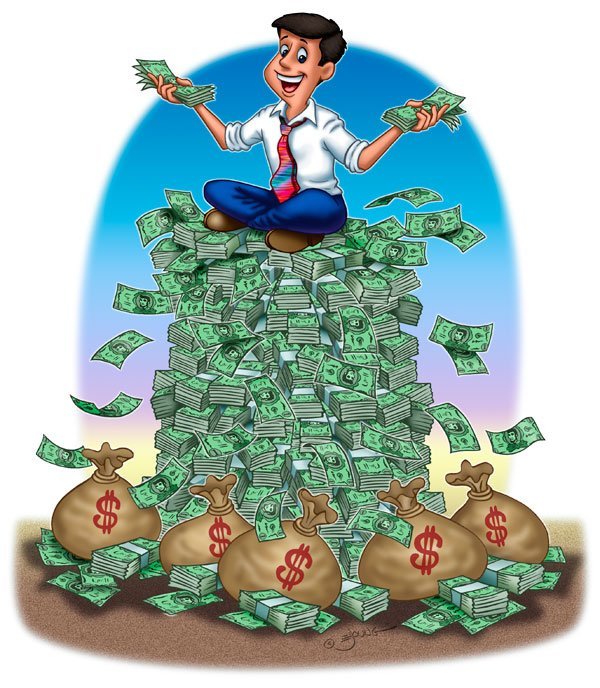 Allow me to share The Miller’s personal financial journey …

I had been working for a fine firm called Cargill as a grain trader in Mankato, Minnesota since 1980 when, in June of ’82, the company transferred Karen and me to Great Falls, Montana. Exciting! At 24 and 22 years old and originally from UpState, NY, we were going to the great state of Montana—and with a raise! I had been making $19,500 annually and Cargill bumped me up to $22,000 Whoo hoo!!!)

When we arrived, not only did we buy our first house ($47,500 and built in 1904), we immediately did what all newbie Montanans must do: We bought cowboy and cowgirl boots! They weren’t cheap, but they were pretty cool—at least we thought so. And for some reason, on that boot-buying day, we decided to treat ourselves to new watches! Why?

And then we bought a ferret. Yes, you read that right. Forever the animal lovers, and no longer apartment dwellers, a ferret was just what we needed. Little did we know that the following year, Felix the Ferret would be stealing Kristin the First Born’s baby bottles and teething rings!

Anyhoo, after a few more unnecessary purchases the salary increase was spent.

Life continued. We moved briefly to Missouri and then back to Minnesota where Tara, Child #2, was born in 1985. I then changed careers in 1986. Finances were tight as we lived paycheck to paycheck. Nothing too serious, though. I mean, we were both working (Karen was a registered nurse), credit cards weren’t a way of life back then, and we didn’t have school loans, so there wasn’t serious debt beyond our mortgage and one car payment.

But we certainly were not saving for the future.

And no matter where we lived or what our income was, one bad habit seemed to dog us: spontaneous, impulsive, and immature spending.

That’s when everything changed—for the better. I don’t even know why. I just know we had an epiphany—the veil had been lifted—and we both realized we could do better.

Yes, I had moved into a higher income profession selling management and leadership training to corporations, but the change that truly made the difference was we began engaging in some critical daily disciplines.

Warning—no rocket science is about to be shared!

We went to a cash system. In envelopes. They sat full of paper bills in a kitchen drawer. Safe? Maybe not. Smart? You betcha! We wrote down everything we spent. We talked about money. As Dave Ramsey says, we “bothered to bother.” In other words, we cared enough to stay on top of where our money was coming from and where it was going to—everyday. It became a purposeful pursuit and practice; a part of our lifestyle.

I can’t say it was always fun. Those childlike desires of wanting whatever we wanted whenever we wanted it were still there and needed to be tamped down. Sometimes, they had to be stomped on hard—with those stupid western boots we never wore anymore!

Admittedly, it did create some marital stress when I would ask, “OK, so, what did you spend today?” Yeah, I was sometimes a bit obsessed with the “tracking and recording” procedures.

But I will also say this, and Karen would agree:

The strain of monitoring where the dollars were going was a lot less painful than having the financial wolf at the door.

Not only that, the positive outcomes of “bothering to bother” were these: We increased our saving, our charitable giving, and our peace of mind.

It all came from living by a few simple, commonsense disciplines. And, may I add, working hard to take some personal accountability for changing our money-handling practices. Wow, those bad habits will do great damage to one’s finances.

Almost three decades later, living debt free, Karen and I know this: It’s an amazing blessing to not owe any person one dime. Banishing that wolf forever is surely a worthy goal.

If you’re not a QBQ! QuickNote subscriber, sign up here!

John G. Miller is the author of QBQ! The Question Behind the Question, Flipping the Switch: Unleash the Power of Personal Accountability, Outstanding! 47 Ways to Make Your Organization Exceptional and co-author of Raising Accountable Kids. He is the founder of QBQ, Inc., an organizational development firm dedicated to “Helping Organizations Make Personal Accountability a Core Value.” A 1980 graduate of Cornell University, John has been involved in the training and speaking industry since 1986. He lives in Denver, Colorado, with his wife, Karen. The Millers have 7 children and a really big bunch of grandkids! To reach John, email John@QBQ.com.
All Posts »
PrevPreviousOutstanding Holidays Don’t Just Happen
NextWhat’s new in the revised QBQ! book?Next