Home » Pedestals Are For Dead People

Pedestals Are For Dead People 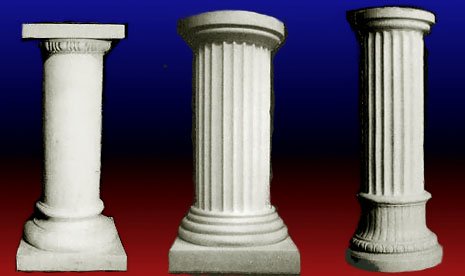 I’ve always enjoyed my laptops, getting a new one every couple years. All PC’s, too. Sony, Toshiba, Panasonic, HP, and Asus.

During that time, though, many people close to me (you know who you are!) have been Apple fans.

Diehard members of The Cult of Mac, all of them.

I’ve never understood it. I mean, I like my laptops, but Mac owners seem to worship theirs.

But, last year I broke down and bought my first Apple machine: an 11” MacBook Air.

I like it—a lot—but I don’t bow down to it. I actually miss some things about my PCs. To me, my MacBook is just another computer.

Sorry, Apple fanatics, I just cannot put my new laptop on a pedestal—any more than I’d put a human being there.

Last week, I got an email from a twentysomething at Dave Ramsey’s organization in Nashville …

Now, to me, Dave is famous. I know people who’d give their right arm to shake Dave’s right hand. My connection to him is that he’s a believer in the QBQ! book, which is the first book on Dave’s required reading list for every employee.

So, when I responded to Dave’s team member by email, the young fella quickly answered:

John! Whoa … I can’t believe a celebrity like you emailed me!

Um, well, that was very kind, but the truth is this: I sent my email to him moments after returning from taking the garbage to the garage and a minute prior to letting Nug the Pug out to do her business.

In my humble opinion:

My wrestling coach always said, “Miller, it doesn’t matter that your opponent is a state champ. He puts his pants on just like you—one leg at a time!”

Actually, that may be a poor example since every state champ I ever wrestled crushed me on the mat. But you get his point:

DO NOT PUT PEOPLE ON PEDESTALS!

Sadly, though, it happens.

A Facebook post was made the other day by a “pop” singer who is riding high right now. I don’t follow him, but here is it:

Color me astounded, baffled, and disbelieving.

Let’s leave pedestals for busts of dead people and vases of pretty flowers. Here’s why:

Steve Jobs, the creator of the Macbook, left this Earth a few years ago. I grant Apple fans everywhere the truth that this man truly impacted our world. I mean, I am not in the Cult of Mac yet I have a MacBook, an iPhone, and two iPads!

So, in my remaining time, I want to be sure I’m doing super important stuff with my time, mind, energy, and God-given talents. And worshipping people and possessions just isn’t one of them.

John G. Miller is the author of QBQ! The Question Behind the Question, Flipping the Switch: Unleash the Power of Personal Accountability, Outstanding! 47 Ways to Make Your Organization Exceptional and co-author of Raising Accountable Kids. He is the founder of QBQ, Inc., an organizational development firm dedicated to “Helping Organizations Make Personal Accountability a Core Value.” A 1980 graduate of Cornell University, John has been involved in the training and speaking industry since 1986. He lives in Denver, Colorado, with his wife, Karen. The Millers have 7 children and 14 grandkids. To reach John, email John@QBQ.com.
All Posts »
PrevPreviousDon’t Get Fired … Be Outstanding!
NextEver Overreact With Your Teenager?Next