Employee Engagement: It’s All About the Manager

In spite of the continued wave of trendy training, “employee engagement” is not a program.

Yep, you heard it here first. No matter what outside consultants are telling your executives, HR department, and training people, employee engagement is just not a corporate wide, culturally driven initiative.

Or at least, it shouldn’t be.

Then what is it?

It is what good managers do.

Entitlement thinking … it’s not necessarily a new phenomenon, and yet, it seems to be running rampant in our society. Or, to be more precise, in me.

I’m shocked at how often I find myself succumbing to the temptation to wallow in a victim mindset. Why? Because I was raised in a family that taught me to avoid it, and I work for a 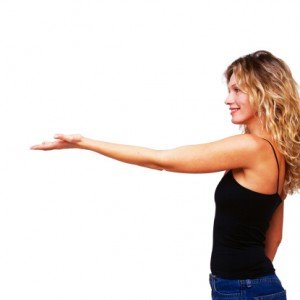 company that teaches others how to recognize and run from it! This shows just how easy it is to fall into the trap of entitlement—and just how needed The Question Behind the Question (QBQ) is, since it’s a tool that helps us eliminate entitlement thinking by asking better questions.

Let me share some examples of lousy questions from my life recently:

“When is someone going to teach me how to use WordPress?”

“Who’s going to step up to mentor me in this phase of life?”

Instead of challenging myself to takes risks, plunge ahead, seek help, or enjoy life, these questions, all in their own way, lead me to victim and entitlement thinking. And away from personal accountability. 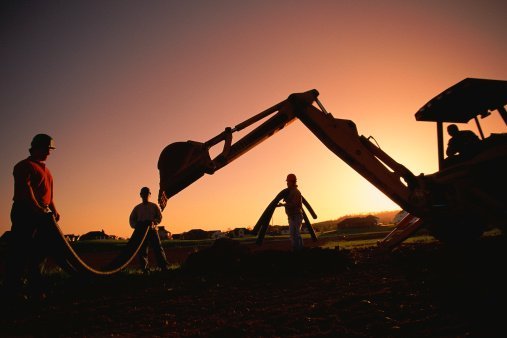 Is there anything you hate leaving the house without? Cell? Chapstick? Make-up? Driver’s license? For me, it’s always been my wallet – and my watch. The latter because I just want to know what time it is, all the time. But it turns out there’s something I miss even more when I don’t have it, I just didn’t know!

A week ago, our 30-year-old oldest – @KristinLindeen – and I were sitting in a Florida restaurant chatting with a delightful new friend, Angela. Suddenly, Kristin said, “Dad, where is your wedding ring???” I looked at my left hand and for the first time since 6/21/80, it was unadorned!

We have explored in our newest QBQ! QuickNote found here some Momentum Killers. They are listed below. Can you add any others in the Comments section? Feel free to join the conversation!

<Excerpted from the QBQ! QuickNote>

As we write in QBQ!, procrastination is the “friend of failure.” It crushes our momentum. People suffering from it tend to ask Incorrect Questions (IQs) such as, “When will others take care of this?” and “When will I have all the information I need?” But those with momentum ask The Question Behind the Question (QBQ): “What can I do today to be productive?” In his book, 21 Questions for 21 Millionaires: How Ordinary People Create Extraordinary Success, author Brandon Pipkin discovers most highly successful people didn’t really have a grand plan when they started out—but they sure got stuff done. The message? Do something!!!

Not doing something right the first time

This might sound obvious, but having to redo anything is a pain. Each of us has finite energy and time. Let’s not waste these resources doing something wrong just so we can figure out later how to do it right. Let’s ask these QBQs: “How can I learn new ways of doing things?” and “What can I do to be my best?” Said, differently, be outstanding in all things—or at least as often as possible. Remember the rule of a wise carpenter: Measure twice, cut once.

Years ago when the Internet was not ubiquitous, I did something novel: I bought nine movie tickets in advance online, paying one dollar per ticket more for the service. Quite a step for this frugal fella. We then got into the family van and started driving 15 miles west to a Denver suburban theater. We never made it on that December evening. Traffic was horrible. I tried side streets, main highways, two lane country roads—but Christmas shoppers were out in full force! Why can’t people drive? So frustrating! I surely had a goal of entertaining the family and not wasting $80, but 45 minutes into a 25 minute drive, I threw up my hands in borderline anger and over the objections of people close enough to strangle me, I turned the van around and we came home—to do nothing. I was not the favorite father that night. I had let frustration overwhelm me. Where did that frustration come from? From the source of all frustration: blocked goals. As we say in our training program, “stress is a choice.” Goals might get blocked and frustration might reign, but if I had managed my stress better and not quit, things would’ve probably worked out just fine.

Parenting: Introspection by Parents Is a Good Thing!

When my wife, Karen, and I decided to write “Parenting the QBQ Way” we certainly didn’t know how it would impact people. But if it does nothing more than help parents engage in some “looking in the mirror” introspection, then it’s helped moms and dads and their families immeasurably. Parenting is such an awesome role and…

Yesterday we sent out a QBQ! QuickNote titled “Take the QBQ! Pledge.” And I have been delighted to see soooooo many folks email back and say, “I will!” and “I do!” How about you? Here it is: I promise to practice personal accountability in all I do, working tirelessly to model this success principle for…

Sometimes, you get a note from a customer that you just want to share with everyone! A VP of Verizon Wireless sent us this note. A fan of the QBQ! book, she bought one for each person on her team and took them through it in an old-fashioned book discussion. Here is real feedback from…

To many, Personal Accountability is just a concept, an idea. But, in action form, it can look like this. Here’s an email I received from Tom Mustin, CBS4 anchor:

Whenever a QBQ! QuickNote goes out we get a bunch of responses, especially on one like we sent two days ago since it had “politics” in the title. Get it here. Anyway, here is a gal at Purdue U. who saw me speak on “Personal Accountability and the QBQ!” there in 2007 who continues to believe…

Who Is In Charge of Your Family?

I delivered a “Personal Accountability and the QBQ!” session to a 60 person department of a university in Salt Lake City. Since QBQ! applies to all people, I always mention our new Parenting the QBQ Way book. I also made the comment to this fine group that there is a trend toward “wimpy parenting.” The response? A…