Are You Training On The Right Stuff? 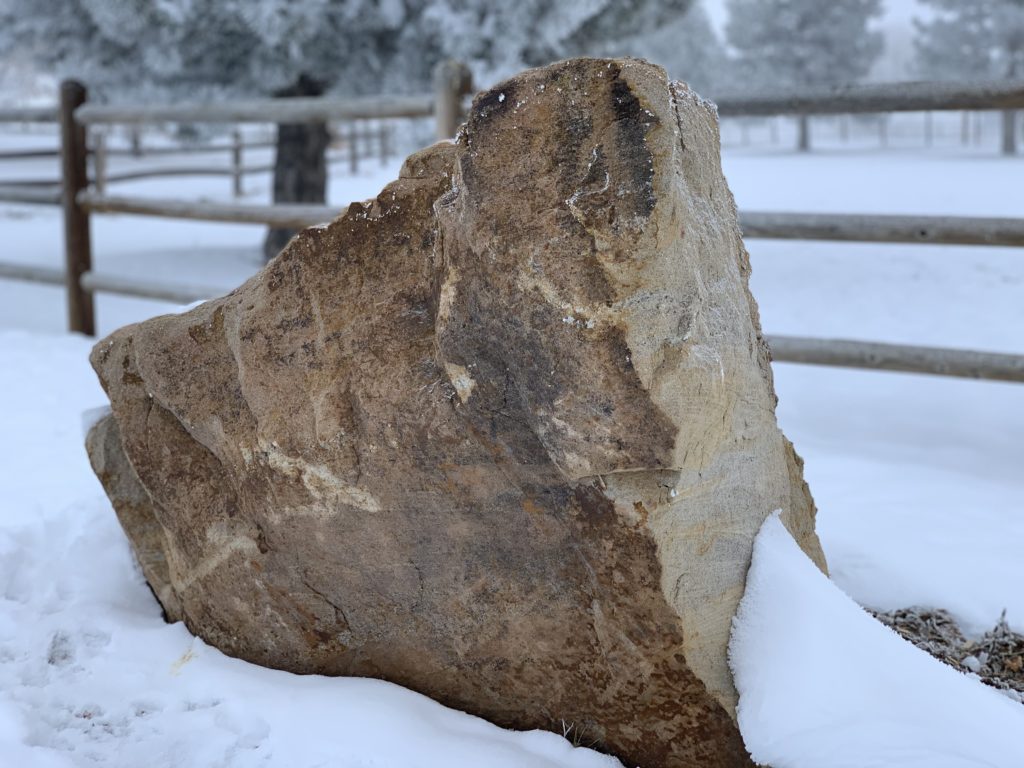 Are you standing on the foundation of Personal Accountability?

The two-ton boulder pictured was the first of 22 Miller “landscape” rocks and is our largest. My wife has instructed me to purchase no more. ?

I shot this shot with my iPhone because, well, the metaphor is so obvious, I couldn’t resist —

The 5 Cs of Strong Parenting (don’t be a weak parent!) 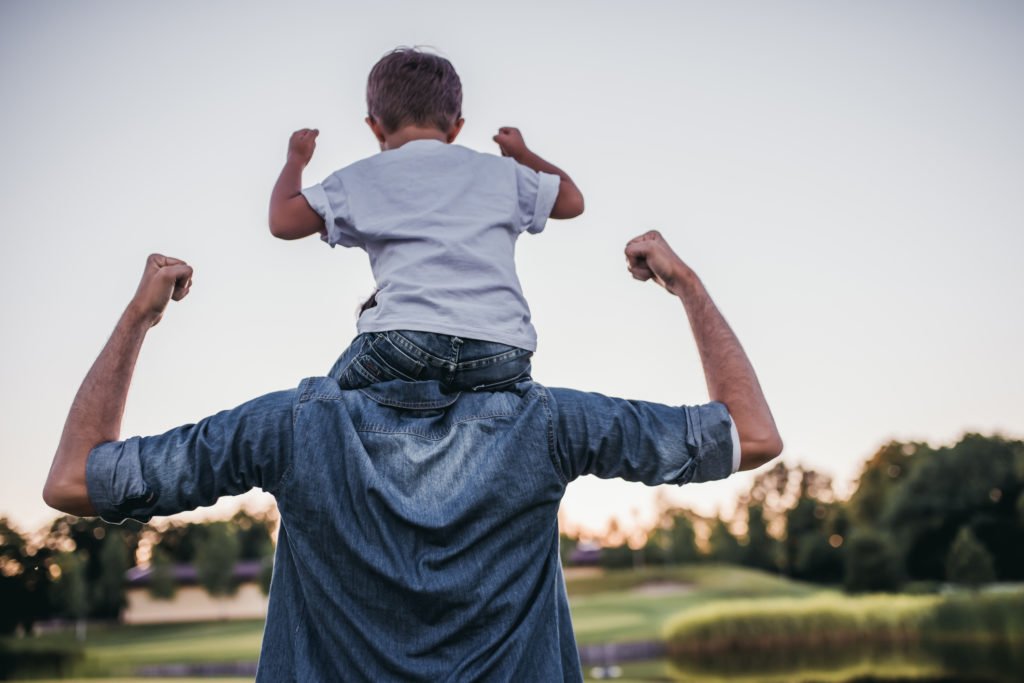 Yep, we sure do. When Karen and I married in 1980, having seven children was not the plan. Actually, there was no plan.

It’s been a wonderful ride, though, and with “the kids” now 36-years-old down to 21, we’ve learned a bunch. In fact, we’ve even formed some firm opinions. ?

What We Have Learned About Parenting

One steadfast belief we hold is this: STRONG parenting beats WEAK parenting.

Our parenting years began in 1983 and have coincided with a world of change in the world. Everything from “participation trophies” to increased entitlement and victim thinking to college-age students needing “safe spaces” so they’re not offended. There’s simply been a ton of societal change.

Much of it working against parents who want to raise accountable kids.

Children have always needed strong parenting, but more than ever, modern-day moms and dads are the salmon swimming upstream against a cultural current that fails to promote the core tenet of the QBQ! book: 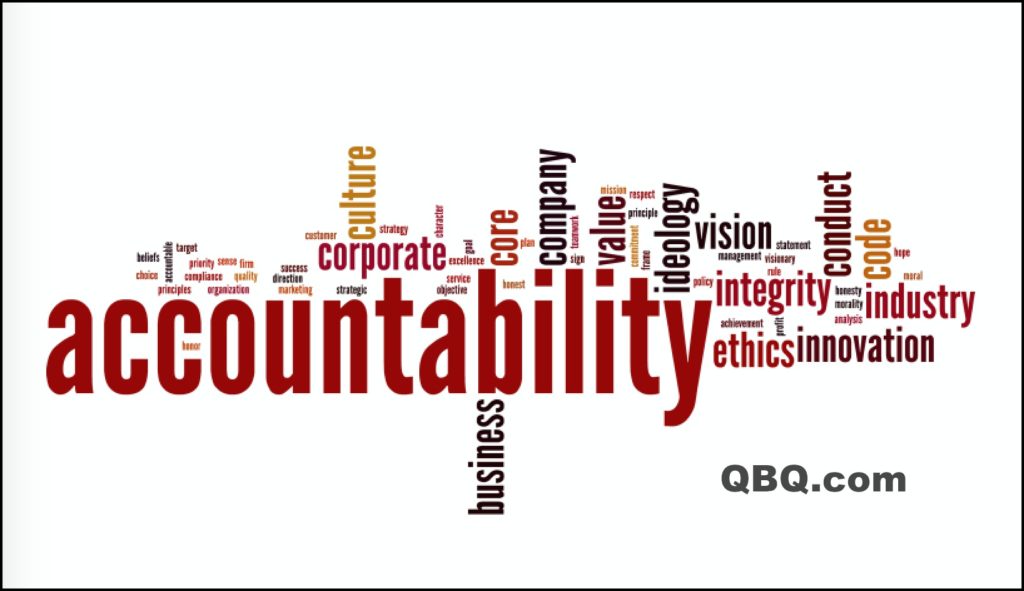 Our son and his wife moved into a new home. For three months, they tolerated high-energy neighbor dogs left outside all day that never stopped barking.

I know because I’ve visited there many times. The incessant noise was a real problem. Yet when they talked to the owner, the woman asserted —

Leadership: How To Win In Today’s Marketplace

Win a FREE autographed QBQ! book. Comment below to be entered into our 9/16/19 drawing! 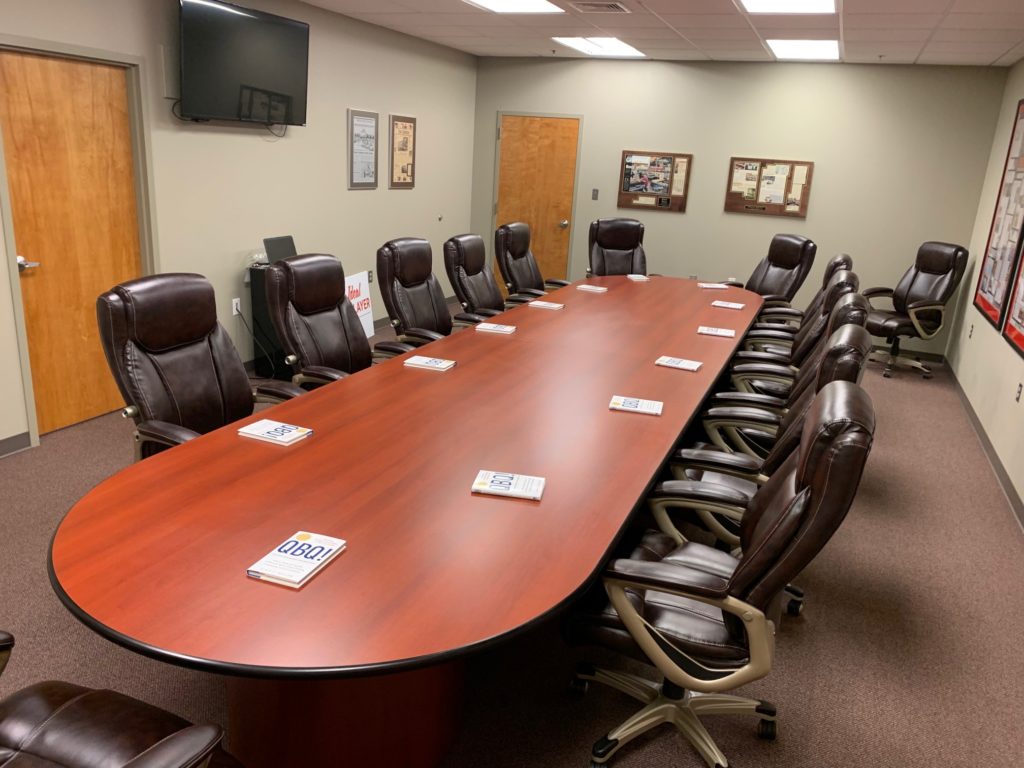 When you chat with the COO of a 7,000-person retail chain, along with its VP of Ops leading 70+ locations, you listen.

Visiting with Steve Black and Clint Adams of Rouses Markets, I discovered that rumors of the death of “brick & mortar” retailers are greatly exaggerated. This thriving southern U.S. grocery chain founded in 1923 plans to be around for a long, long time.

Here’s what Steve, Clint, and the Rouses leadership team are doing right: 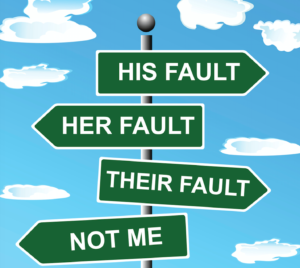 No matter how well we think we know and practice the QBQ! book’s message of Personal Accountability— blame can creep into our lives. We must remain vigilant! Enjoy!

A popular 1970’s meme (before memes existed) was —The Devil Made Me Do It.

Today, we hear this popular media-driven phrase: ”There’s plenty of blame to go around!”

It’s our nature to ask Whodunnit? when the unplanned, painful, disappointing, or embarrassing occurs. When stuff happens, it’s so easy to spread the blame —

It’s difficult for humans to state … 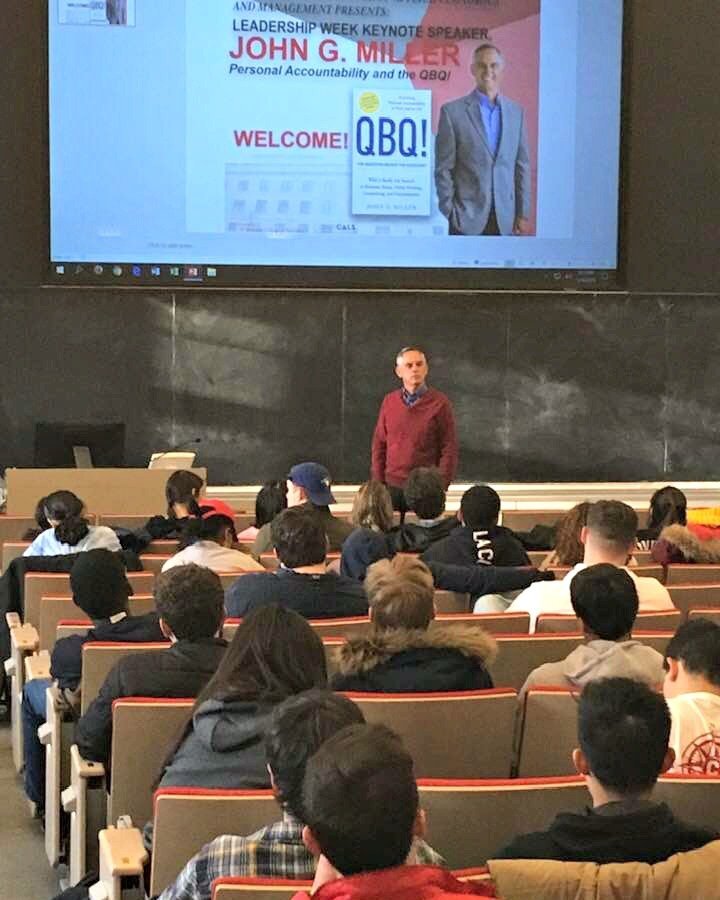 I spoke in Ithaca, NY on “Personal Accountability” in Warren Hall to 100 Cornell University students. It was … surreal.

I took classes in Warren, graduating in 1980—and had never been back.

Afterward, student Joseph lamented, “Mr. Miller, it’d be difficult to use your ideas here because of ‘moral dependency’ … .”

Not knowing that phrase, I showed complete confusion, but he continued with a vocabulary 5x mine.

Finally, my old brain needed clarity like lungs need oxygen. I interjected, “Joseph, you’re saying you don’t want to play the victim but friends, peers, and the campus culture say you are a victim?”

Do You Want To Be Right — or Successful? 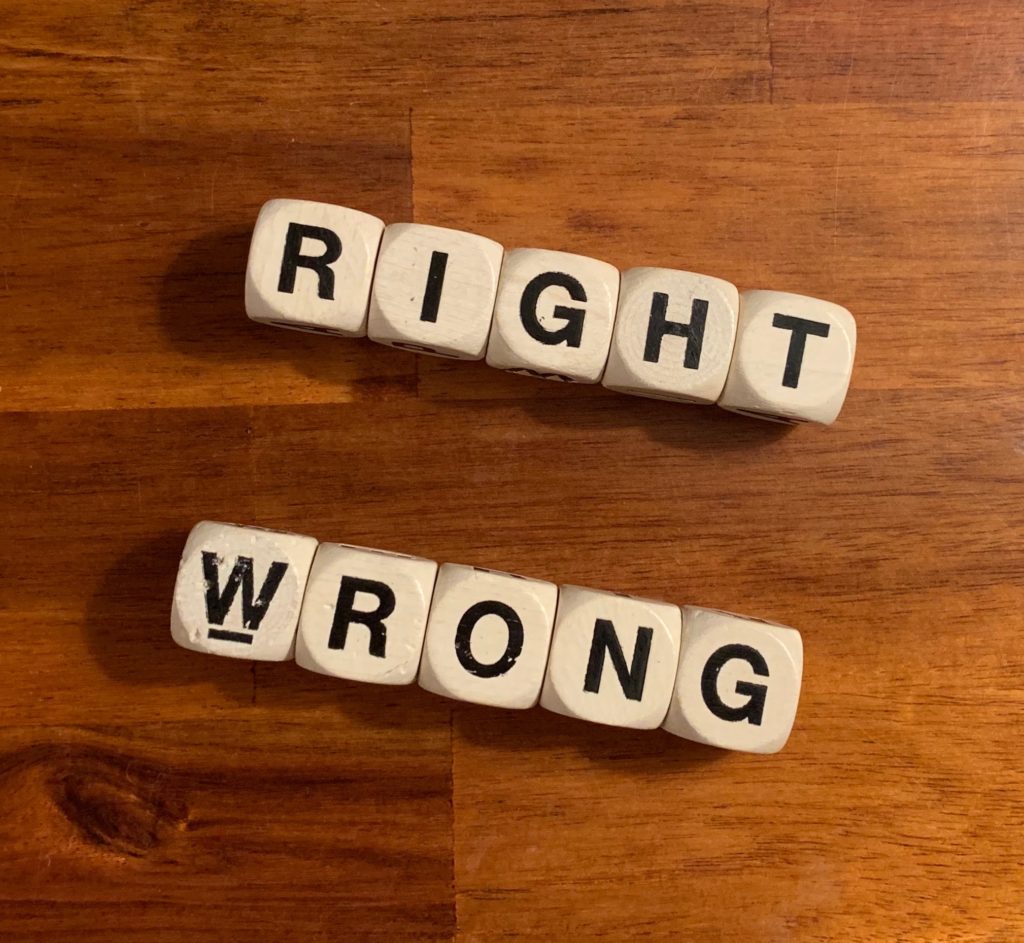 Have you stubbed your toe on a chair and in pain yelled, “Who put that stupid chair there?!”

If so, your reaction was due to an innate, intense need to not be responsible. This is typical of the human race: we readily look outside of ourselves for anything or anyone to blame.

It’s a lousy way to live life and makes success in any endeavor elusive.

We blame because “pain avoidance” is Job One for the human race. We shun mental, physical, and emotional pain. In the feelings realm, negative emotions like shame, embarrassment, frustration, fear, and anger cause us to lash out, point fingers, and deflect responsibility. 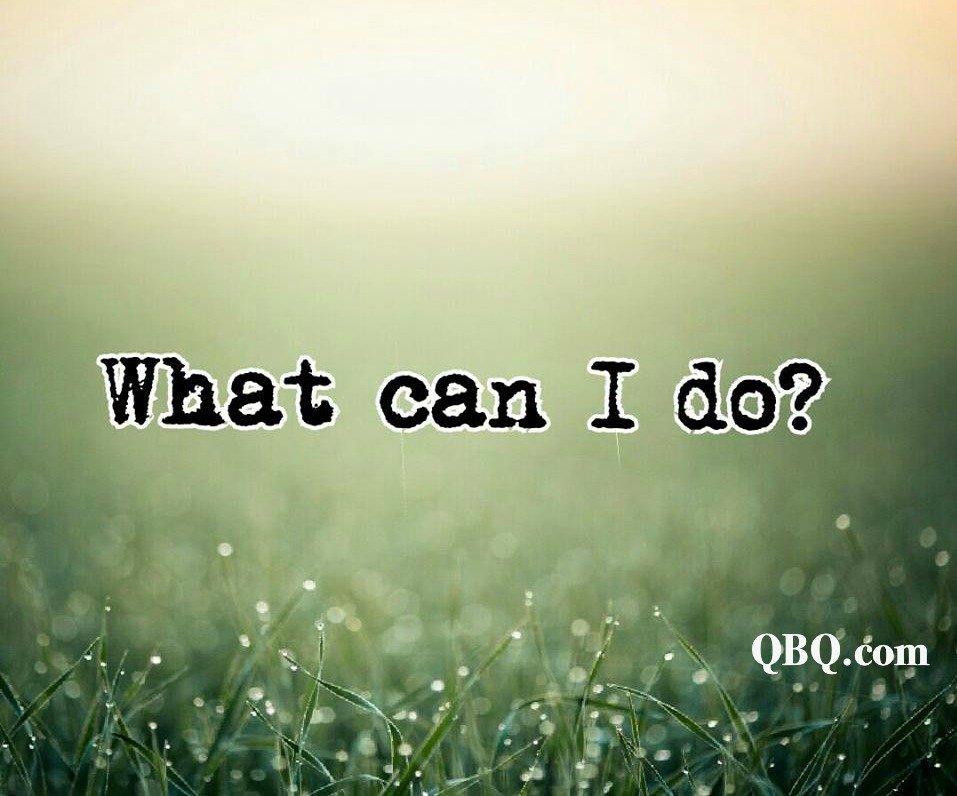 A meaningful moment for us is when a reader of QBQ! The Question Behind the Question applies our message of Personal Accountability in ways we’d not dreamed of when we first penned and published the book—and shares it with us.

This powerful and touching story (and application of our material) comes from a friend and colleague, Renee.

When I emailed her to ask how she was, with grace and humility she responded with this note. I always knew she’s special, but this story confirms it. Enjoy!

Accountable People Dig Deep — Have You? 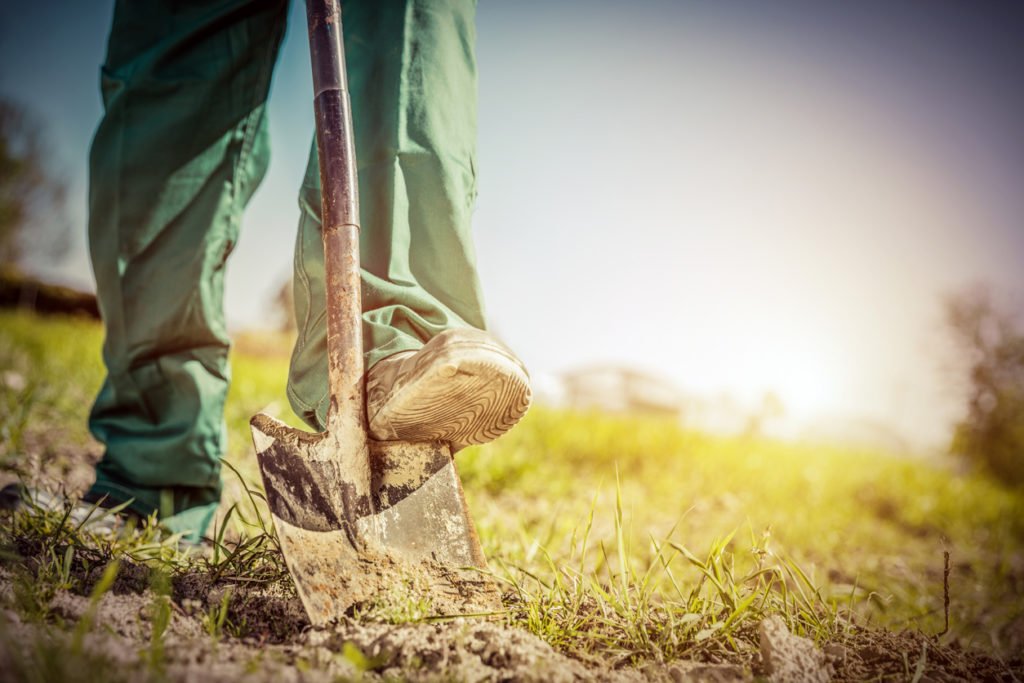 WARNING: Content ahead that makes us think. That’s good, since Ben Franklin said, “If it hurts, it instructs.”

It was 1991 when I told Terry, a marital counselor, about my Upstate New York “home of origin” and family system dysfunction. In that first session, after sharing great detail, I confidently (and foolishly) concluded, “But Karen and I left all that behind when we moved to Minnesota in 1980.” 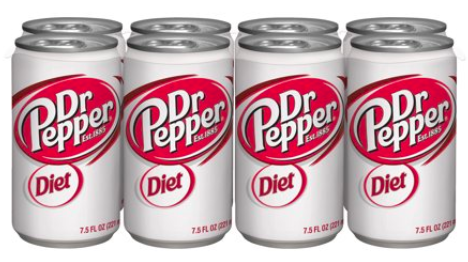 Readers of the QBQ! book have sent us many great customer service stories. They do this when they experience a moment that brings them right back to the book’s content, specifically Chapter One titled, “A Picture of Personal Accountability.” This is where Jacob, my server at the Rockbottom Restaurant, sent his manager to grab me a Diet Coke from a nearby grocery store. I was more than delighted!

Meanwhile, here is the most recent story to come to us. Enjoy!