Home » Outstanding People Know How To Beat The System

Outstanding People Know How To Beat The System 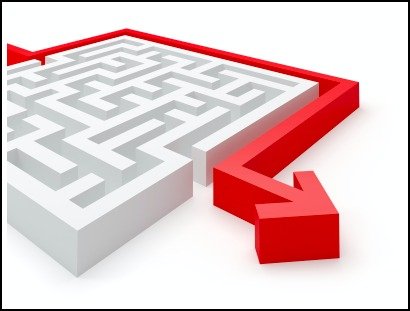 Sears has a problem: A completely non-consumer-friendly “appliance repair” system.

Systems aren’t perfect—we all know that. In the QBQ! book, we teach this idea:

Don’t ask the lousy question, “When are we going to get better systems?”

Instead, ask “The Question Behind the Question” (QBQ), “What can I do to succeed with the systems I have?”

Now, back to Sears …

The next morning, Karen and I were up in the Rockies while our two teenagers were home in Denver. We got a call from the girls saying the ice maker in the fridge door poured a quart of water on to the floor.

Our daughters then discovered the ice cream in the freezer had turned to milk and the milk in the fridge was lukewarm.

Whatever the technician did on August 4th wasn’t working!

So, as I gazed upon beautiful Fraser Valley of Colorado, I called the Sears 800 number—and landed in Southeast Asia.

“Okay, Mr. Miller, I now have our technician scheduled to return on Friday, Aug 12.”

“But but but … the machine is broken and YOUR guy broke it. Nobody is going to come for a week!?!?!?”

I hung up and rang the Thornton, Colorado Sears (store #1831) where we bought the machine a year ago. After speaking “appliances” and then “repair” into their automated phone system—BAM!!!—I’m back in the Philippines.

Not. Going. There. Again.

I hung up again.

Then, I put some old phone skills to work. Skills gained from years of selling training to hard-to-reach executives. I called the store back and said “men’s department” into my iPhone.

A moment later, a boxers and briefs salesperson answered.

Innocently, I mused, “Oh, I’m sorry, I thought I was ringing the store manager’s office.”

She said, “I can help you with that, Sir”—and she did.

A manager—Kayla Marsh—came on the line. She was delightful. I informed her the Millers possessed soon-to-rot food and needed a tech to come TODAY to fix the problem their tech created YESTERDAY.

She said, “Well, I don’t want to over-promise, ‘ya know—but I’ll call you back shortly.”

I got off the call hopeful, but still thinking these negative thoughts:

Seriously?! There are no “emergency techs” roaming Colorado available to come immediately to SOLVE A PROBLEM ANOTHER TECH CAUSED!?!?

My phone buzzed. It was Spencer, a tech. He told me the original tech, Elliot, would be back to our house in an hour because, as he put it, “Our district manager said ‘solve this’.”

I asked for his DM’s name and got it: Stephanie Brooks.

Technician Elliot arrived, looked at the unit he’d worked on 24 hours earlier, called me, and humbly admitted he’d left something undone. He fixed the problem. Then he waited an hour to make sure all was well, partly because he cared and partly because his tech boss, Dona Wellington, instructed him, ”Stay at the Millers till it’s working!”

In the middle of all this, manager Kayla called back to make sure I’d been taken care of properly.

I had been. All was well.

But then, to top it off, the next day, Saturday, Elliot text me to ask if both the fridge and freezer were functioning correctly.

Sadly, the Colorado Sears team had to go “above and beyond” to beat their own system. Happily, though, none asked that lousy question, “When are we going to get better systems?” They simply solved the problem.

Surely, Sears executive management should deal with this anti-customer system they’ve built, but I am forever thankful for outstanding people like Kayla, Spencer, Elliot, Stephanie, and Dona. Not just because it’s a terrific story to share with you, but at the Millers, we still like our milk cold and ice cream frozen!

What system at work frustrates you the most? Are you outstanding enough to beat the system? Share here!

John G. Miller is the author of QBQ! The Question Behind the Question, Flipping the Switch: Unleash the Power of Personal Accountability, Outstanding! 47 Ways to Make Your Organization Exceptional and co-author of Raising Accountable Kids. He is the founder of QBQ, Inc., an organizational development firm dedicated to “Helping Organizations Make Personal Accountability a Core Value.” A 1980 graduate of Cornell University, John has been involved in the training and speaking industry since 1986. He lives in Denver, Colorado, with his wife, Karen. The Millers have 7 children and 14 grandkids. To reach John, email John@QBQ.com.
All Posts »
PrevPreviousWARNING: ACCOUNTABILITY IS PAINFUL!
NextRemembering To Be Thankful: #ItsTheLittleThingsNext