The content below works for those interviewing and those being interviewed. Enjoy! 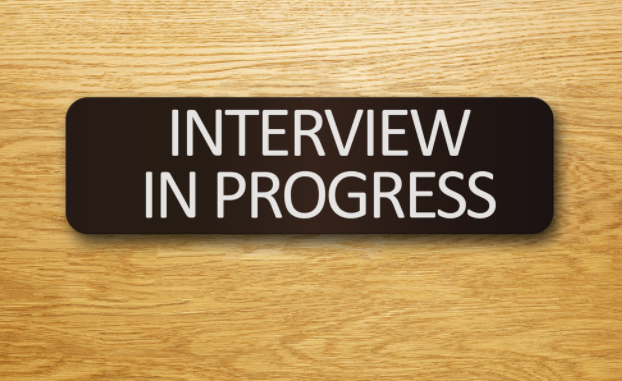 If you recruit, interview, and select people, here’s our counsel: Hire CHARACTER over CREDENTIALS.

In the Outstanding! book, we share a client’s response to this philosophy:

“You know, John, we do hire based on perceived skills, background, and education, but come to think of it, we almost always fire on the basis of character, or should I say, the lack of it. We have it backward.”

Yep. Most organizations do.

In 1986, I was seeking to leave my Cargill desk job and get into sales. One frigid Minnesota January night (is there any other kind?) I sat before Jim Strutton in a Marriott. He was recruiting a person to sell leadership and sales training in the Twin Cities. Perched on the edge of the couch, leaning forward to show my eagerness, I was asked this question:
“John, how do you feel about ‘cold calling’? You know, phoning executives you’ve never met to ask them for an appointment?”

Considering the question, I paused, and then said: “Jim, I don’t think I’ll like it—but I’ll do it.”

Years later he told me that answer drove him to hire me. In more than nine years with Jim, I was his top sales rep the final five (I share that humbly, of course!). Success came because I made those cold-calls.

Just as I told Jim I would.

When interviewing, look for people who do not spin, feed you what they think you want to hear, and speak “politically correct” mumbo jumbo. If that’s what you want, call your local congressperson or senator today.

If a candidate blames his or her last employer for anything, then he or she will someday blame you.

Some managers, once they decide to pursue a person, have that candidate read the QBQ! book. Here’s what they say:

“In our next visit, we’ll ask you to tell us what you thought of this material and how you’ve lived this philosophy on the job.”

The goal is to measure a candidate’s reaction to fundamental, principle-based, proven content on personal accountability. If the person rejects the ideas in the QBQ! book—STOP THE PROCESS. The last person you want is one who blames, points fingers, whines, and complains.

A three-word “job description” for any position you’re attempting to fill:

Am I right or am I right?

If you want a body to sit and do nothing, go to the county fair, win a life-size stuffed teddy bear, bring it to the office and place it in a cubicle. Doing this is no worse than hiring a person who wants to be told what to do next.

As we write in QBQ!—“It’s better to be one who is told to wait than one who waits to be told.”

Three character traits not taught in any college or university in the world: Authentic. Accountable. Action-oriented.

Which one is most critical for you to bring into your organization today?

John G. Miller is the author of QBQ! The Question Behind the Question, Flipping the Switch: Unleash the Power of Personal Accountability, Outstanding! 47 Ways to Make Your Organization Exceptional and co-author of Raising Accountable Kids. He is the founder of QBQ, Inc., an organizational development firm dedicated to “Helping Organizations Make Personal Accountability a Core Value.” A 1980 graduate of Cornell University, John has been involved in the training and speaking industry since 1986. He lives in Denver, Colorado, with his wife, Karen. The Millers have 7 children and a really big bunch of grandkids! To reach John, email John@QBQ.com.
All Posts »
PrevPreviousPersonal Accountability: Needed Then—and Now
NextImmature vs. Mature Thinking: 3 Common Reactions To This ListNext