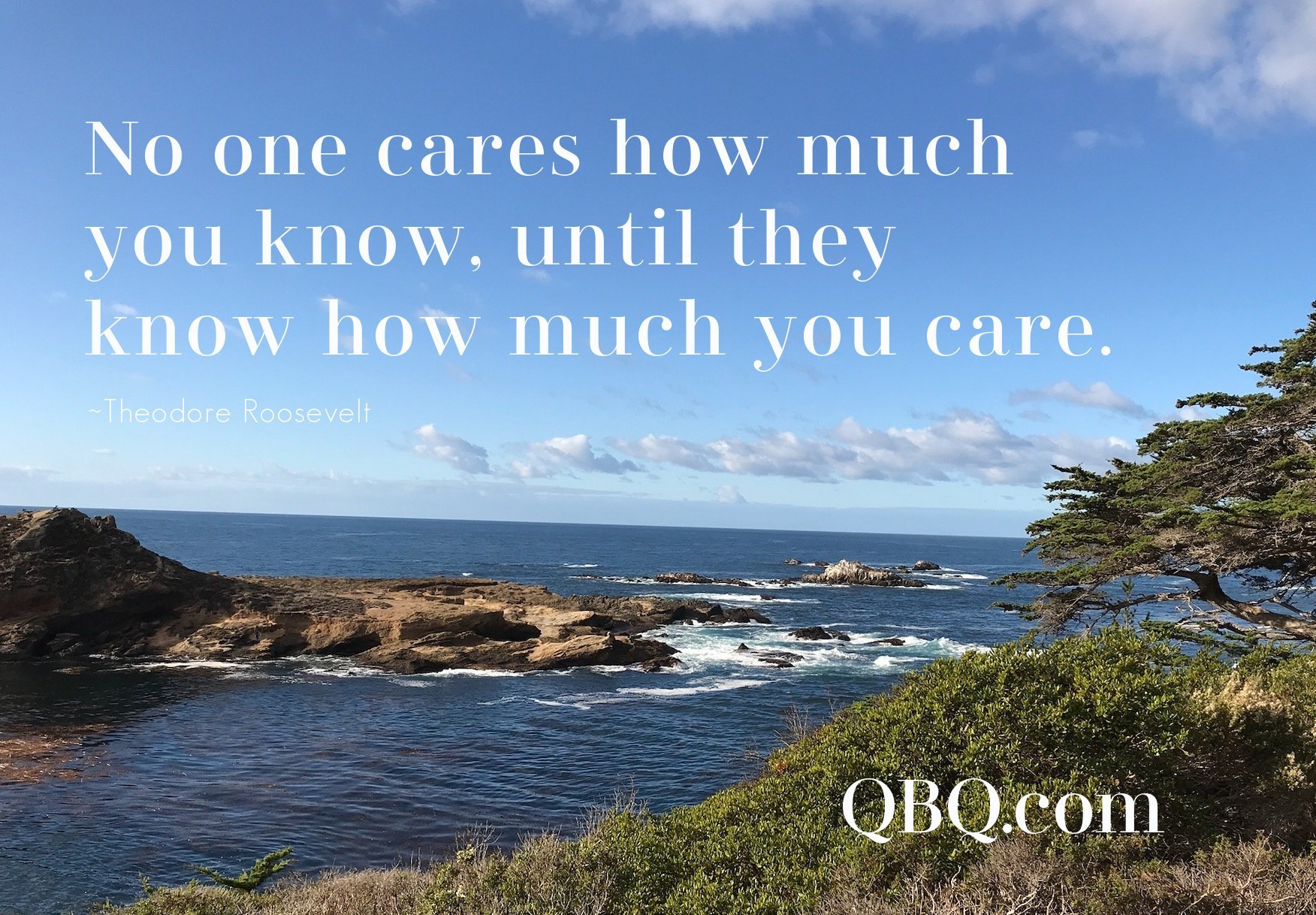 Reasonable people know mistakes happen. How do I know this to be true? Examples like the one below. This is a story of a vendor solving a problem that the vendor itself created — and yet the customer is still “wowed.” It’s not rocket science — people just want to work with people who … care.

John, when we place an order with a supplier using their automated purchasing system, the pricing is quoted by them and approved by us seamlessly. A couple of days later, we receive emails from the vendor informing us the product has been shipped and providing an ETA. It’s all very slick.

Recently, several days after I placed three orders, the usual emails had not been received. Upon checking, I discovered no materials were en route.

When I contacted our supplier, I discovered our account had been suspended because we hadn’t been paying our bills — which wasn’t true. We were apparently no longer in “good standing.” It was clearly a system glitch, and very complicated. It simply made no sense.

Then I learned our account had been turned over to a new employee on the vendor side and, well, she’d done something wrong.

As I attempted to unravel the mess, an email arrived that made my day. It was from Debbie, who previously handled our account. She’d been promoted and was no longer doing this sort of work.

My apologies for the current situation. Last month, your account was transitioned to another staff member. When I heard about the problem, I reached out to Accounts Payable to review the situation immediately. It was then I saw your pending orders and began working on getting them released ASAP. Have no worries, I’m on it!

John, Debbie’s statement of concern and effort was a relief. The orders were actually released that same day and we were back on track.

I sent Debbie a message of thanks and also expressed my gratitude for her great customer service to her boss.

The technical problems combined with a lack of communication had been frustrating, but Debbie handled it beautifully. We all know human error happens, but by resolving the problem quickly while communicating along the way, Debbie proved she’s a shining example of the QBQ! book and its message of Personal Accountability. Every organization needs more Debbies!

The message of Nancy’s story is clear: when people care enough to tackle and solve problems, customers are happy — no matter who or what caused the problem. It’s not very complicated, but it is definitely outstanding.

Do you have Debbies on your team? Are you a “Debbie?”

Want to grow as a manager? Join our Outstanding Manager list here!

John G. Miller is the author of QBQ! The Question Behind the Question, Flipping the Switch: Unleash the Power of Personal Accountability, Outstanding! 47 Ways to Make Your Organization Exceptional and co-author of Raising Accountable Kids. He is the founder of QBQ, Inc., an organizational development firm dedicated to “Helping Organizations Make Personal Accountability a Core Value.” A 1980 graduate of Cornell University, John has been involved in the training and speaking industry since 1986. He lives in Denver, Colorado, with his wife, Karen. The Millers have 7 children and a really big bunch of grandkids! To reach John, email John@QBQ.com.
All Posts »
PrevPreviousBe Like Humble Servant, Captain Terry!
NextAccountable People NEVER Stop Growing UpNext