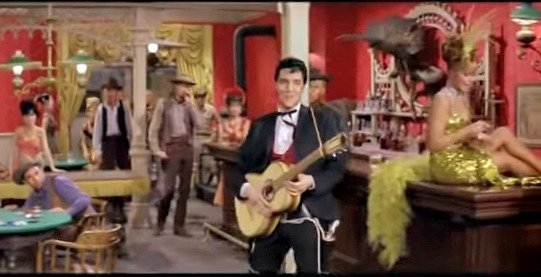 The King performing “Put the Blame On Me”

Imagine a world of no finger-pointing, culprit-seeking, excuse-making, and blame.

You’re probably thinking, No way, John! No blame at all? It’ll never happen!

You could be right. I mean, just watch the news, see what’s trending on social media, and listen to what is espoused daily by our political “leaders” …

What are we witnessing?

The greatest lack of PERSONAL ACCOUNTABILITY in the history of humankind!

Okay, a bit melodramatic, but it’s pretty bad right now. So I believe we need “The King” to return and saves us all.

The King of Rock and Roll, that is.

In his 1965 movie “Tickle Me,” Elvis showed us here how it can be done. The 1961 song “Put the Blame On Me” surely could be the fix we need in these Blame Game times.

Read and feel these lyrics:

Go ahead, use my name

I’ll be proud to take the blame

Where these powerful words could be applied:

A manager of a department/team that’s not performing sings:

A spouse in a struggling marriage intones:

A teacher with an underperforming class harmonizes:

A politician who has let the people down belts out:

A person with extra pounds warbles:

An employee who’s not learning, growing, and changing trills:

A consumer with too much debt … well, you can sing along by now.

When I’m asked why I wrote the QBQ! book on accountability, I say, “I needed it.”

My instantaneous and a very human reaction was, “Who didn’t let Eva out???”

But then my QBQ! response that took over was this:

The truth is, I could’ve/should’ve let the dog out. No excuses.

When we take that higher path of PERSONAL ACCOUNTABILITY, everything is better. If nothing else, Elvis is smiling.

Wherever he still is.

Share an example from your life where you need to start singing, Put the blame, put the blame on me!

If you’re not subscribed to our FREE blog emails, click here.