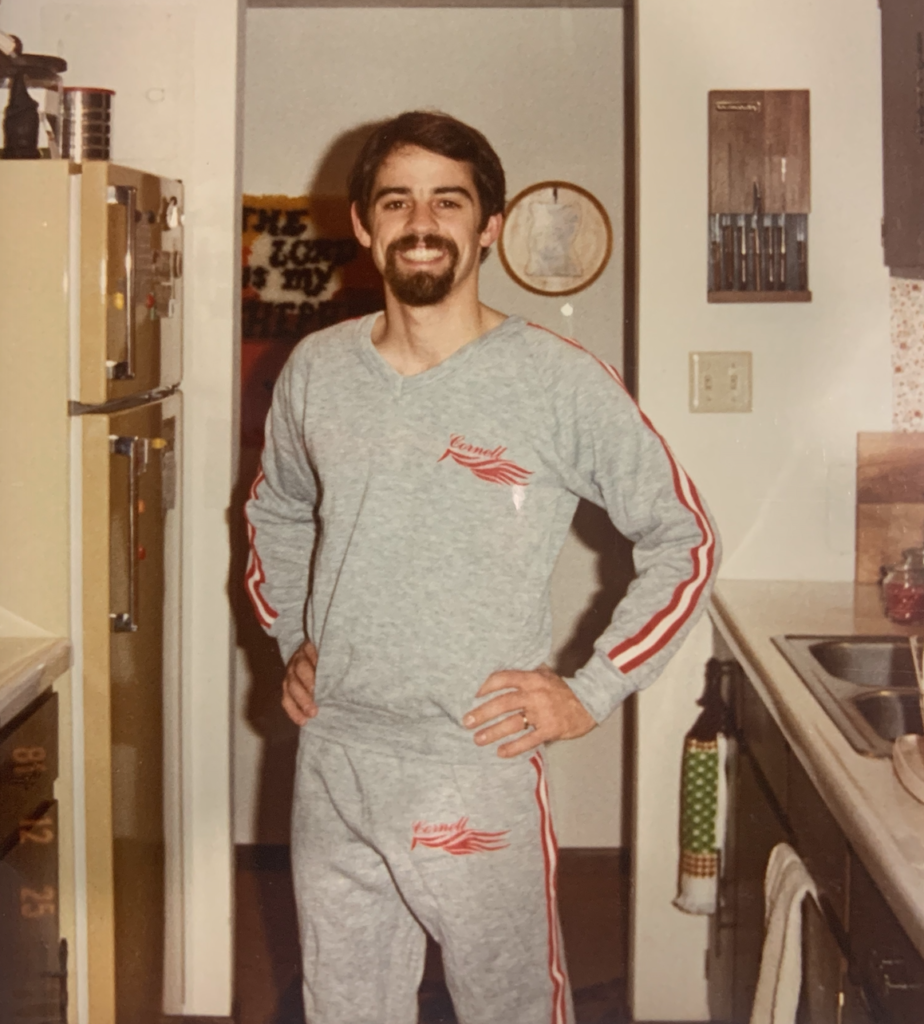 Viewing this photo, I know something you don’t:

As a man, husband, and future father, I had a ton of maturing to do.

Over coffee, I asked a longtime friend, Rich, how his two sons were doing. His response surprised me.

I asked, “Wait a second, Rich, aren’t they both in their thirties now?”

He said, “Yep, but one lives your QBQ! book while the other blames everyone and everything for every problem he’s ever had. Baffling. Raised in the same home, so — go figure.”

As I verbally expressed my dad-to-dad empathy, I was thinking … He’ll probably never change.

Mark, a general manager who’s interviewed/hired many people, told me this:

“We’ve come to believe when people get to their mid-thirties, they aren’t going to grow much. If they’ve had lots of employers due to poor work habits or relational problems, that’s pretty much who they are and who they’ll always be.”

Obviously, I wouldn’t be in the training business since 1986 if I didn’t believe humans can change. The question is, do we change from the inside out or simply learn new skills, acquire new abilities, and develop new habits?

I’m actually not sure. ?

Is a person who is angry and bitter due to emotional hurts inflicted in their youth capable of ridding themselves of those negative feelings? Or does this person simply learn new ways to handle daily living?

A rhetorical question only.

Still Growing Up At 62

Thirty years ago, my mentor in the training field had my handwriting analyzed. If you’ve never done this, do it. Why?

Because the expert who studied how I formed words and letters in ink on paper told me stuff about me that, quite honestly, only I knew.

If I was willing to admit it.

Ben Franklin said, “If it hurts, it instructs” — and this hurt. Phrases such as “a severe lack of confidence” and “many fears stemming from a chaotic childhood” stand out for me three decades beyond the analysis.

So, as I’ve aged, has confidence come while fears have dissipated? To a degree, yes. But truly, it’s the skills I’ve learned to help me process, manage, and live my life more effectively that made the difference.

My proof? Ask my wife of 40 years, the gal who took that 1981 photo in our Mankato, Minnesota apartment kitchen. Karen will confirm that at age 23, I was a selfish guy. At 62, not so much. ?

Feel free to discuss the question, “Do people really change?” with friends, families, and colleagues. It makes for excellent discussion. However …

I believe that’s not the question to ask. For people who believe in Personal Accountability as you and I do, this is the right question:

Am I growing up?

This question more accurately gets at a larger issue. When it comes to the quality of our relationships, effectiveness in the work we do, and accomplishing the goals laid out, we must look inward by asking that question.

Said another way, have I shed childish ways and replaced them with mature and effective skills, abilities, and habits? I know I’m getting there. I bet you are, too. ??

John G. Miller is the author of QBQ! The Question Behind the Question, Flipping the Switch: Unleash the Power of Personal Accountability, Outstanding! 47 Ways to Make Your Organization Exceptional and co-author of Raising Accountable Kids. He is the founder of QBQ, Inc., an organizational development firm dedicated to “Helping Organizations Make Personal Accountability a Core Value.” A 1980 graduate of Cornell University, John has been involved in the training and speaking industry since 1986. He lives in Denver, Colorado, with his wife, Karen. The Millers have 7 children and a really big bunch of grandkids! To reach John, email John@QBQ.com.
All Posts »
PrevPreviousCustomer Service: Outstanding People Care
NextWalk in Humility, Defeat Self-ImportanceNext