Accountable Parenting: Strong Is Not Wrong 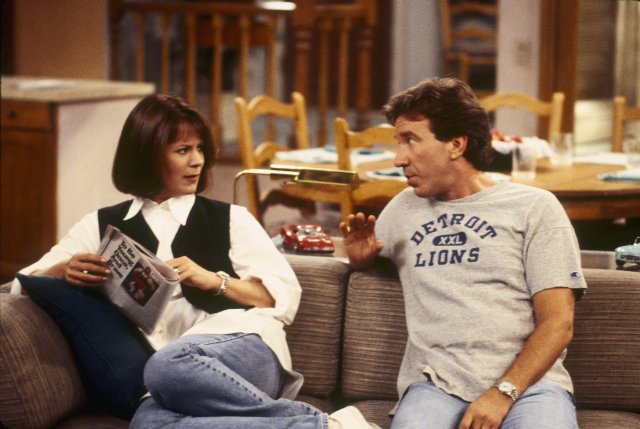 In a 1995 episode of Home Improvement, Tim “The Tool Man” Taylor and his buddies discuss “The Look,” defined as the facial expression an unhappy wife employs to send a serious message to her husband.

During the scene, Tim’s sidekick, Al, chimes in with, “Oh, man, I hate ‘the look.’” When someone points out he’s not married, the still-living-at-home-forty-something says, “I get ‘The Look’ from Mother.”

Parents, have you mastered The Look?

What I mean is, does your child respect you? Know when you mean business? Understand full well when he/she has pushed a boundary too far? Believe that when you say “No” you mean NO?

Hope so, because that’s strong—and much needed—parenting.

As we say in Raising Accountable Kids* (being released October 18th), a key part of strong parenting is not letting the child become the boss. If children don’t know when Mom or Dad means business, they most likely are in charge, which is not the way it was meant to be.

I was privileged to spend a day watching a 15-month-old grandson that I couldn’t love and adore more. But love and adoration do not preclude this authority figure from giving this beautiful child The Look.

As a toddler, our grandson spent the day—as my wife, Karen, likes to say—doing a really good job being a one-year-old.

Especially when he hit me. (Don’t worry, I’m okay!)

As the little fella and I sat on the living room carpet watching MLB (he wasn’t all that interested in the pennant races), I gently took a remote control away from him. He then raised a chubby paw and slapped me on the forearm.

All part of the human growth process as he expands his horizons.

I responded with what has become, I fear, an underused one-word sentence by parents today:

You see, Grandpa was in charge.

But then The Little Learner raised his hand again and that’s when he heard another “No” and got—The Look. You should’ve been there …

His hand stopped in mid-slap. He stared at me. I stared back. Then he s-l-o-w-l-y pulled his little mitt to his lap … and then reached for a toy to enjoy.

Strong parenting had triumphed. How so? A boundary had been drawn and enforced—and learning had taken place, on his part.

He learned he’s not in charge.

Soon after, his twentysomething mom texted to see how the day was going. I shared I’d been challenged but had responded with loving firmness, adding, “But don’t worry, we then explored his feelings together.”

Note to All Young Parents:

My generation may have failed you by giving everyone a trophy for showing up, but please please please don’t fail your kids by confusing strong parenting with “harshness.”

It’s all the rage to seek “peace in parenting” by asking children questions, engaging them in conversation, and letting them share their feelings—but here’s an undeniable truth:

While watching a TV drama, I saw the mom instruct her 14-year-old son to get out of his chair and do something. When he continued to play his handheld game, the mother gave him The Look—which I recognized from my own childhood—and delivered these powerful words:

“Young man, do not make me repeat myself.”

When the boy sprang into action, I thought, Now that’s strong parenting!

And there was nothing harsh about it.

When you were a child, did you ever receive The Look? What did it mean to you? In your opinion, is being firm the same as being harsh? Share here!

John G. Miller is the author of QBQ! The Question Behind the Question, Flipping the Switch: Unleash the Power of Personal Accountability, Outstanding! 47 Ways to Make Your Organization Exceptional and co-author of Raising Accountable Kids. He is the founder of QBQ, Inc., an organizational development firm dedicated to “Helping Organizations Make Personal Accountability a Core Value.” A 1980 graduate of Cornell University, John has been involved in the training and speaking industry since 1986. He lives in Denver, Colorado, with his wife, Karen. The Millers have 7 children and 14 grandkids. To reach John, email John@QBQ.com.
All Posts »
PrevPreviousAccountability and Adversity: One CEO’s Story
NextPERSONAL ACCOUNTABILITY: Be a Jerk Today!Next