Accountability: The First Brick of Success 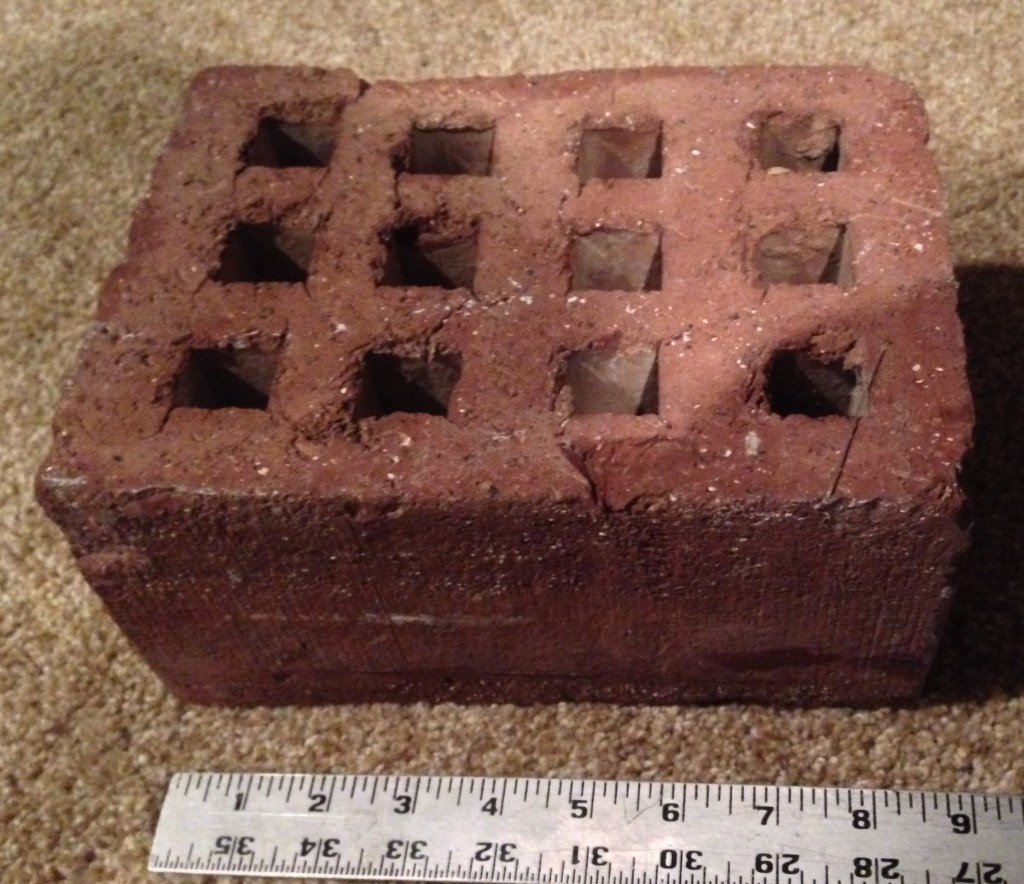 It came from the Anaconda Mining Company smokestack in Great Falls, Montana. The “Great Stack,” as it was called, was built in 1908 and was 585 feet tall—quite a feat for the times. Karen and I were lucky enough to be living in Great Falls in September 1982 when a demolition crew detonated charges to bring it down while the whole city watched.

But it didn’t go quite as planned. This is how the Great Falls Tribune described the moment:

“The Great Falls smokestack died slowly and defiantly Sept. 18, 1982, as thousands of onlookers lined up to watch its public execution. Instead of a quick death, the landmark was gut-shot and a splinter comprised of about one-third of the structure stubbornly held together to continue dominating the skyline—forcing demolition workers to deliver a coup-de-grace seven hours later.”

Bottom line, the Great Falls Great Stack didn’t crumble as expected. It must have been built right.

I believe that my favorite brick and the mighty structure it came from—and how strong it stood that September day—is a metaphor for what successful living looks like.

Question: What “bricks” are needed for successful living?

Seriously, how strong—how long—could we stand if we blamed, played victim, felt entitled, and procrastinated our way through life???

And I’m not the only one who feels this way.

I recently keynoted the annual Meineke franchisee convention. When the President, Paul Clayton—former Jamba Juice CEO and longtime Burger King executive—and I first spoke by phone, he asked, “John, since I haven’t read your QBQ! book yet, how would you sum up your message?”

Paul is a wise man. No, not because he booked me to speak to his fine people, but because he knows that running a business is hard work. Just like holding down a job, managing people, volunteering, building/maintaining relationships, keeping physically fit, staying financially sound, being an outstanding parent working to raise great kids, and selling anything.

This is life and nobody said life is easy.

How can we do life and do it well without PERSONAL ACCOUNTABILITY? When the explosive winds of change come, along with the frustration, disappointment, pain, and heartache that daily living can bring, can I—will I—stand strong?

I can and I will if I have the right bricks in place.

Disagree if you want, but for me this is one belief that cannot be toppled.

John G. Miller is the author of QBQ! The Question Behind the Question, Flipping the Switch: Unleash the Power of Personal Accountability, Outstanding! 47 Ways to Make Your Organization Exceptional and co-author of Raising Accountable Kids. He is the founder of QBQ, Inc., an organizational development firm dedicated to “Helping Organizations Make Personal Accountability a Core Value.” A 1980 graduate of Cornell University, John has been involved in the training and speaking industry since 1986. He lives in Denver, Colorado, with his wife, Karen. The Millers have 7 children and 14 grandkids. To reach John, email John@QBQ.com.
All Posts »
PrevPreviousRelationships: Being Different is Okay
NextHow to Succeed!Next