Home » Accountability = No Hiding Behind the Team

Accountability = No Hiding Behind the Team 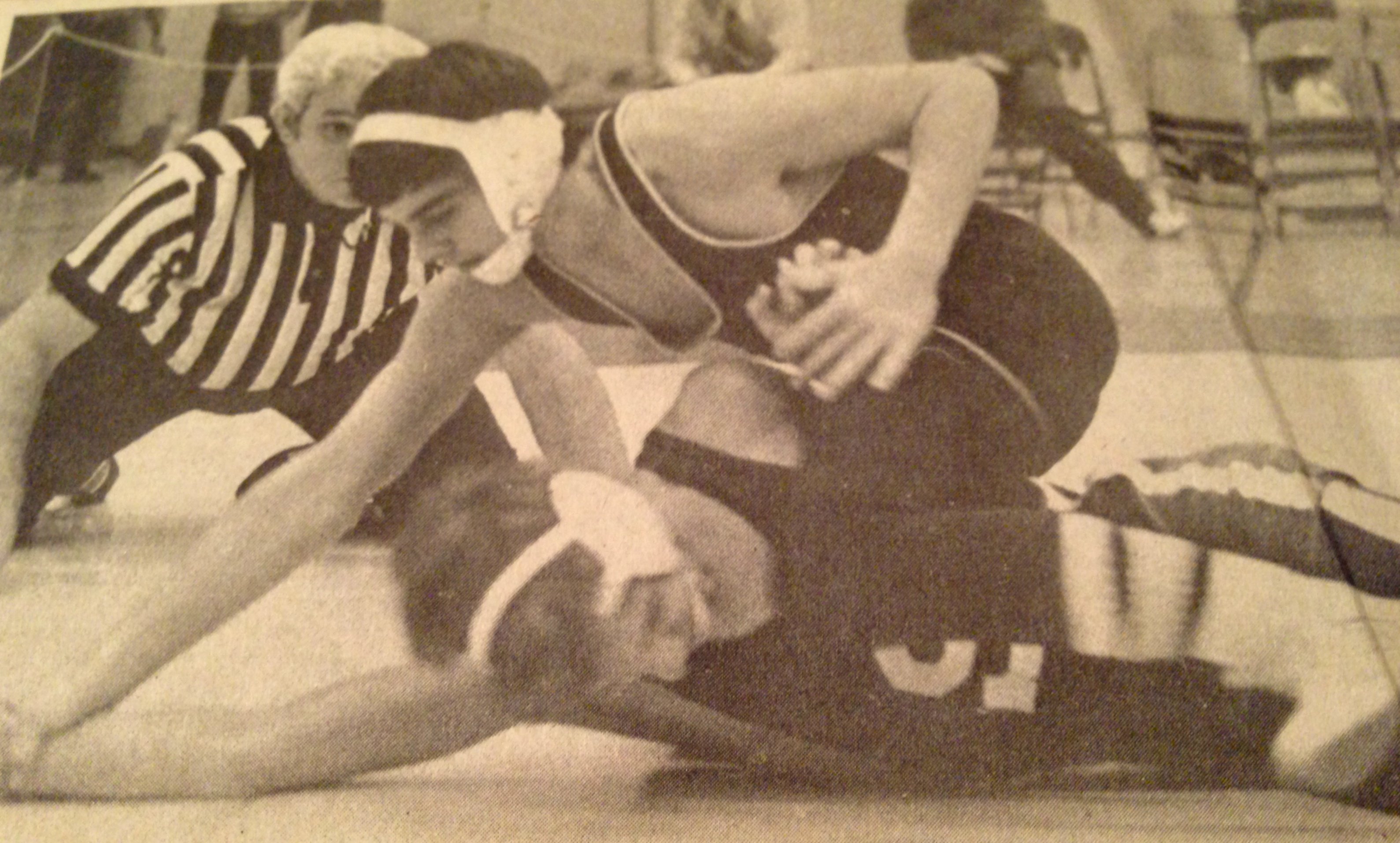 Yep, that’s me achieving a rare victory on the wrestling mat in 1974 as a 10th grader. My dad, Jimmy Miller, may have been Cornell’s head coach, but I lacked his natural talent, not to mention his physical strength acquired by milking cows by hand in the 1930s! 🙂

However, the sport of “grappling” did teach me one key thing about successful living:

Wrestling is an individual sport, even though you’re on a team. It’s so individual, in fact, a wrestler’s team can lose but if he wins his match that day, it’s a good day.

But if he loses out on that mat, there’s no way to blame—or “hide behind”—the team.

No hiding behind the team—wouldn’t it be outstanding if we could bring that level of personal accountability into today’s workplace?!

You’ve seen people hide behind the team if you’ve heard:

“The team missed the goal.”

“Nobody on the team cares as much as I do.”

“Why doesn’t everyone on the team pull their own weight?”

If you hear stuff like that where you work, there really isn’t any teamwork happening where you work–even if there’s a lot of talk about teamwork and/or the use of gimmicks and fads to “build team spirit” …

Curious, did your executives go river-rafting for a day, returning to the office with a new mantra like this?

Hey, we got wet together so now we can work together!

And the positive impact lasted, oh, about a … day.

Fads may be fun, but what’s missing and needed in underperforming teams is PERSONAL ACCOUNTABILITY.

A team is like a Florida coastline structure, built above the ground supported by pillars. Its ability to withstand the next hurricane is completely dependent on the integrity—the strength—of each pillar.

Teams are also based on pillars, such as McKenna, Joe, Matt, Rebecca, Joshua, Evelyn … and so on.

A team is only as strong as the team members are accountable.

So skip the trip to the river and invest the time, energy, and dollars saved into helping individuals know how to practice personal accountability. Do that and no one will ever again say something like, “There’s plenty of blame to go around!” Outstanding teams and the accountable people on which they’re based don’t buy that lie. Why?

They’re too busy getting the job done.

Has your team made personal accountability a core value? If not, what do you see and hear that tells you people are “hiding behind the team”? What is the cost?

If you’re not a subscriber to this QBQ! blog, sign up here.