Humble vs. Haughty—The 5 Truths of Humility 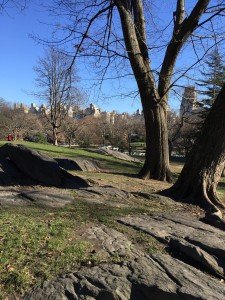 A very fine line exists between humility and haughtiness.

I recently posted this picture of Central Park on our QBQ! Facebook page and wrote this:

Not a bad way to spend a morning, walking Central Park. In Manhattan to teach QBQ! at NBC at “30 Rock” Mon morn.

I knew from experience that posting where I was and why I was there was risky. In 1996, as a young speaker, I was hired to present on the same platform as Lou Holtz, the renowned Notre Dame football coach. Totally excited and enthused, I faxed—yes, faxed—an announcement to my clients.

The next day, a training manager told me that her VP of Sales boss had privately remarked, “There goes Miller grandstanding.”

Five decades ago, at age 7, I got into trouble for writing these four words on a toy block (actual block pictured): 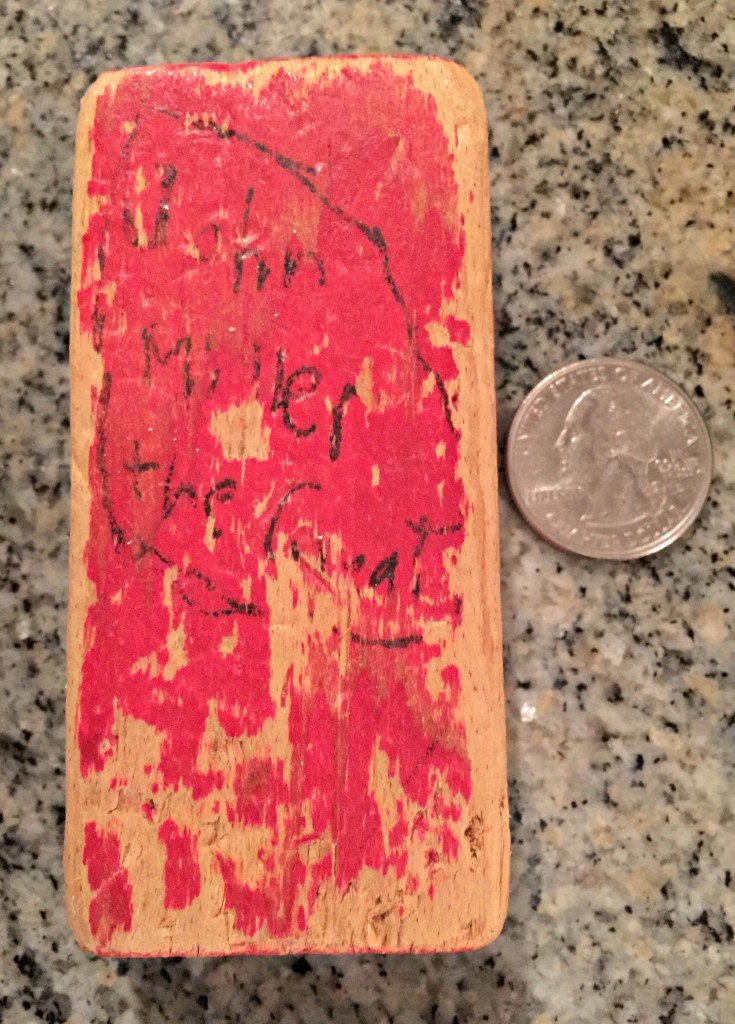 For my father, coach and pastor Jimmy Miller, haughtiness was right up there with lying and stealing, while humility was close to godliness.

He was of the Vince Lombardi generation that believed when you succeed you should act as if you’ve succeeded before. He would not have approved of NFL defensive players dancing over sacked quarterbacks, politicians from either party declaring “I won” months after an election, and church pastors touting weekly attendance numbers from the pulpit.

The line separating our expression of excitement and engaging in grandstanding is a fine one.

I blogged once about Brad Stevens (now Boston Celtics head coach) using the QBQ! book with his Butler University b-ball team to teach personal accountability. I wrote that I was “honored and humbled”—but added this:

“If I ever get to meet Coach Stevens, it will be me asking for his autograph.”

A reader immediately unsubscribed from our QBQ! QuickNote list, calling me “prideful.”

When my father coached Cornell wrestling from 1949 to 1975, he would never have allowed these antics that occurred just a couple years ago …

After pinning his opponent, the Cornell superstar and future NCAA record-breaker ran around the mat beating his chest and waving his arms, all to get the Ithaca, NY hometown crowd to cheer louder for him.

Trust me, Coach Jimmy did some grave-turning that afternoon.

I watched a keynote speaker share a humorous anecdote that informed his audience he was earning royalties from a Disney TV ad he’d made. It was a cute story. Moments later, though, I noticed an audience member walk out. Following him, I asked if he was leaving and, if so, how come? He responded, “Sure am. I don’t need to waste my time hearing how much money the guy is making.”

I bet the presenter had no idea he was turning someone off—but that’s the whole point:

Knowing and respecting the line between sharing our excitement/enthusiasm and demonstrating arrogance/haughtiness is challenging.

Which makes me think that practicing humility is a lifelong learning process. If that’s the case, let’s do some learning right now around the powerful principle of HUMILITY.

In “Outstanding!” we wrote, “Humility is the foundation of leadership.” I still believe it to this day. I know my dad would, too.

In what way do you struggle with the “Humble vs. Haughty” dilemma?

Which of the 5 truths means the most to you and why?

What words/actions can you suggest to show a humble spirit to others?

If you’re not getting our FREE QBQ! blogs by email, click here.

John G. Miller is the author of QBQ! The Question Behind the Question, Flipping the Switch: Unleash the Power of Personal Accountability, Outstanding! 47 Ways to Make Your Organization Exceptional and co-author of Raising Accountable Kids. He is the founder of QBQ, Inc., an organizational development firm dedicated to “Helping Organizations Make Personal Accountability a Core Value.” A 1980 graduate of Cornell University, John has been involved in the training and speaking industry since 1986. He lives in Denver, Colorado, with his wife, Karen. The Millers have 7 children and 14 grandkids. To reach John, email John@QBQ.com.
All Posts »
PrevPreviousPersonal Accountability: My 5 Anti-Victim Thinking Commitments
Next17 “If Onlys” and How To Chase Them AwayNext