Home » 9 Shortcuts That Take Us Nowhere

9 Shortcuts That Take Us Nowhere 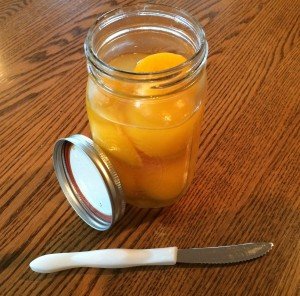 I used a sharp-beyond-belief CutCo brand pearl-handle serrated knife to bang on and loosen the top of a jar of canned peaches. I removed the lid, thinking Mmm … delicious! That’s when I made a really big mistake.

Not because I’m dumb. I’m actually an Ivy League grad, though I admit to having majored in low B’s.

Not because I historically have made a ton of mistakes. My life “track record” isn’t all that bad.

Actually, I committed this grievous error because I fell into an all-too-human trap:

I succumbed to the temptation of a shortcut.

You see, after opening the peach jar and realizing my mouth was already salivating, I just couldn’t possibly take the time to reach over to the silverware drawer to my left to grab a spoon or fork. I mean, that would’ve taken like 3-4 seconds!

Instead, I stabbed a peach slice with the sharp-beyond-belief knife and pushed the tasty fruit into my mouth.

Then, I withdrew the knife from my mouth causing its serrated blade to … never mind, you don’t want the details. All you need to know is minutes later Karen delivered me to the emergency room where I spent the next two hours of my evening receiving 5 stitches inside my mouth.

Five stitches in the mouth that I make a living with as a speaker!

Over the next few business days I had engagements lined up in Hays, Kansas; Boston; and Oklahoma City. I did them all, but it wasn’t much fun.

Shortcuts. They’re rarely productive and can be dangerous.

Yet people are tempted by them in so many ways, in so many areas of life. Here are 9:

1. That “U” turn to save five minutes was a great idea until the cop issued a $127 ticket.

2. Rather than patiently “learning the ropes” and growing in the job, the young person, two months employed, asks, “Why can’t I have my manager’s job?”

3. Homework is too hard; studying takes too long. Cheating is faster.

4. The consultant says the team training will take a full day, yet the client responds, “But, we’re special! And busy! Can’t we get it done in 2 hours?”

5. Building wealth by spending fewer dollars than we earn takes too long, but those lottery tickets could do the trick!

6. Physical fitness is our goal, but instead of walking around the block on Day One, we jog three miles—and wind up hurt.

7. Walking more and eating less to lose weight will take f-o-r-e-v-e-r —so let’s try the trendy “no sugar/no fat/no carbs” diet plan instead.

8. Executives want change, but rather than developing their people management/leadership skills, they throw the latest and greatest best-selling book at staff.

9. The hurried parent cleans the child’s room because, “It’s just faster this way” and “I can do it better!” (Learn about accountable parenting in Parenting the QBQ Way)

Maybe you’ve heard it said, “There are no shortcuts!” Actually, there are shortcuts—they’re just not worth taking.

Of our 9 shortcuts, which have you committed? Your organization? Can you round out our list by providing #10? Share below!

Don’t receive our blog by email FREE? Sign up here!

John G. Miller is the author of QBQ! The Question Behind the Question, Flipping the Switch: Unleash the Power of Personal Accountability, Outstanding! 47 Ways to Make Your Organization Exceptional and co-author of Raising Accountable Kids. He is the founder of QBQ, Inc., an organizational development firm dedicated to “Helping Organizations Make Personal Accountability a Core Value.” A 1980 graduate of Cornell University, John has been involved in the training and speaking industry since 1986. He lives in Denver, Colorado, with his wife, Karen. The Millers have 7 children and 14 grandkids. To reach John, email John@QBQ.com.
All Posts »
PrevPreviousPrinters Are Disposable. Marriages Are Not!
NextThe Accountable Person’s Bill of 39 RightsNext