Home » 5 Lessons On Achieving Goals You Can Apply Today

5 Lessons On Achieving Goals You Can Apply Today 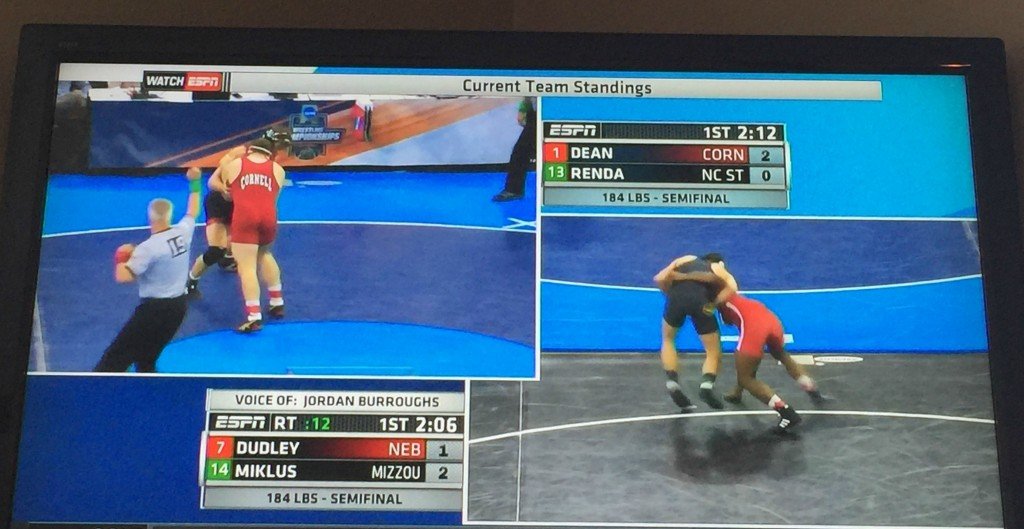 Over the weekend, while watching the NCAA wrestling tourney on TV, I was reminded of my dad, coach Jimmy Miller. Serving as Cornell’s head wrestling coach for more than 25 years, he oversaw many young men with intense goals. And many of them found success. During those years, he frequently made two comments about semifinal versus final matches.

One interesting, one wise.

First, he felt that semis almost always bested finals in excitement, passion, and intensity. He’d say that an athlete’s strong desire and goal to make it to the last round made a semifinal match way more fun to watch. He was right, and it wasn’t just in wrestling.

Think about the 1980 USA Olympic hockey victory over the Soviet Union: a semifinal never to be forgotten. Many people who were alive then and watched that game on TV, have no idea who the USA beat in the finals for the gold.

Take a break from your day and enjoy a few minutes of sports history and USA pride.

He always said his boys needed to stay vigilant in their semifinal bout, or they would be at great risk. The risk was founded in a wrestler thinking prematurely about the finals match—a match they hadn’t yet earned.

My dad recounted the story of one of his best athletes competing in the 1958 NCAA tourney. The Cornell wrestler was so intent on getting to the finals and so concerned with who he might wrestle there, he wasted time and energy during his semifinal match looking to the mat nearby where the other semi was taking place.

I think about that story often, as it’s provided me 5 lifelong lessons on achieving goals:

1. Be clear on the goal to be accomplished now.

2. Achieve the goal in front of me before moving to the next.

3. Focus all of my thoughts and energy on what I’m doing.

4. Strive to do and be my best in the current moment.

5. Concentrate my talents and abilities only on what I can control.

No rocket science there—just the fundamentals of success. Good stuff.

What’s the takeaway from this message for you and how will you apply it?

John G. Miller is the author of QBQ! The Question Behind the Question, Flipping the Switch: Unleash the Power of Personal Accountability, Outstanding! 47 Ways to Make Your Organization Exceptional and co-author of Raising Accountable Kids. He is the founder of QBQ, Inc., an organizational development firm dedicated to “Helping Organizations Make Personal Accountability a Core Value.” A 1980 graduate of Cornell University, John has been involved in the training and speaking industry since 1986. He lives in Denver, Colorado, with his wife, Karen. The Millers have 7 children and a really big bunch of grandkids! To reach John, email John@QBQ.com.
All Posts »
PrevPreviousPersonal Accountability: Doing My Job
NextWork: Still the Right Thing to DoNext